162
Very Rare Snurps (Japanese: 激レアピョン Geki-rare Pyon; Very Rare Pyon) are larger and much rarer Rare Snurps. Like their smaller cousins, they only take 1-4 damage. However, their higher HP, as opposed to the Rare Snurp, increases the chance it will flee before it can be defeated.

The Worried Explorer can offer a quest where the last boss is a Very Rare Snurp.

There is a spot in Otherworld where there's a chance to meet three in a single bout. Defeating any of them is very difficult but rewarding.

Very Rare Snurps are huge compared to most other Snurps and appear to be made of crystal. They sparkle like all Rare Snurps. Under the Dark Lord's control, a pair of Mii eyebrows and eyes are attached to this monster.

The challenge is to defeat the Very Rare Snurp before it vanishes, however it can vanish before the player even gets a turn due to its high speed.

Speed tip: Its Speed is 100, so Mii characters with high Speed bonuses with Hyper Sprinkles or multi-hit skills can put a dent in them before they get their turn.

With max Speed bonus from food, only the Tank will be unable to out-speed it.

There is a spot in Otherworld off the normal map with a "Snurp hunt" path accessible right before the Darkest Lord. Three bouts of either bonus or normal Snurps will attack; the third bunch will often be 3 Very Rare Snurps with 2 Rare Snurps. A maximum of 64,000 EXP can be gained if all of them are beaten, making this spot the best EXP farm in the game.

The only other guaranteed location is as a Worried Explorer quest boss, but it can flee like its non-boss encounters. If this happens, the quest is cleared as normal albeit without the massive EXP reward. Higher levels of the quest can spawn 3 Very Rare Snurps too.

A few strategies can be utilized to maximize the experience gained from a single Very Rare Snurp encounter:

Note that these strategies only boost the chance to beat Very Rare Snurps; they can still run away from the fight in most scenarios. 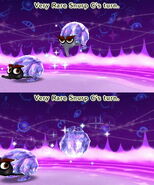 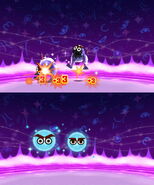