The Team roster is accurate

Some of the other characters are not accurate.

Other NPCs (3DS and some are in the Switch Version)

Trivia from my game

Things I don't understand or other things from this game. 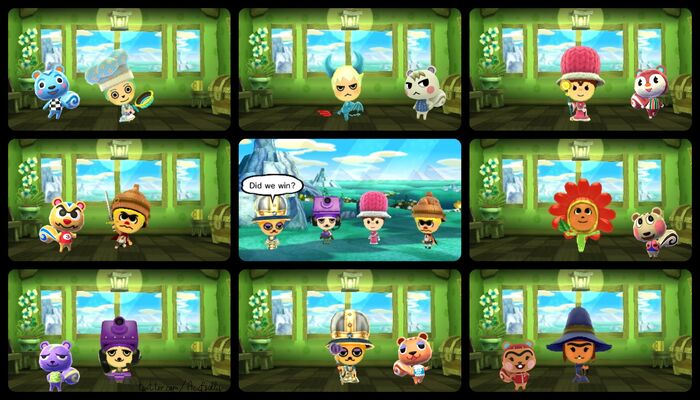 All my Mii qr codes are on my blog (link below). Some Miis on this page are may not be in it, because I didn't make them.

Warning: A lot of them are original character Miis with some being actual characters from things: 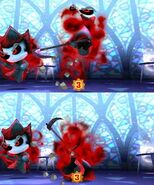 A Terror Fiend defeated by a rock, by the Ex-Dark Lord! 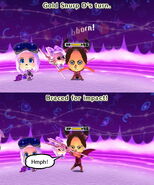 Giovanni is ready for impact from a Gold Snurp. 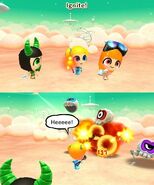 The Powerpuff girls miis I made for Miitopia. Made Blossom without her bow, because I wanted to use the eyebrows for her hair and It would've looked too weird.

Sorry little Imp me, but that Scientist and Warrior are already best friends with each other. 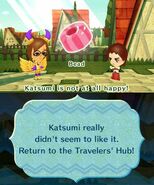 Not the best thing to make a friend with. Also this is the first time I've seen this with a special NPC.

Sakura is trying to help Maki heal, but she refuses.

Maki literally eating an HP banana RIGHT after she refused to be healed by a friend! 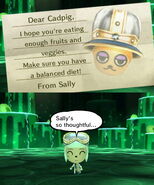 Sally caring about her friends. 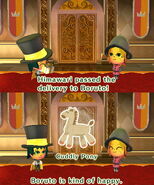 I just thought this was cute.

My first battle on the Switch demo version.

None at the moment.

Ranked #3
on this wiki