Miitopia Wiki
Register
Don't have an account?
Sign In
Advertisement
in: Tower of Despair, Map, New Lumos,
and 5 more

The Tower of Despair (Japanese: 神の塔 Kami no tō; Tower of Gods) is a dungeon introduced in the Nintendo Switch version of Miitopia. It is located in New Lumos, and is unlocked after successfully taking on the Tower of Dread. It stands at around the same height as the Tower of Dread, having eight floors in total.

The Tower of Despair is a large tower with a large globe-like structure on top of it. Both the tower and the globe may be crumbling apart, as bits and pieces of its walls are missing. Hexagonal patterns are present on the tower, and it is surrounded by dark clouds that swirl around it. It is also partially submerged in the stormy waters surrounding New Lumos.

The interior of the Tower of Despair is similar to its exterior, with hexagonal patterns lining the walls and floor and large holes in the walls. Each hexagon has a faint red glow surrounding it, and some of them have Mii eyes and mouths imprinted in them. A stormy haze is visible from outside, with red-tinted clouds surrounding the tower and rubble easily seen flying across the sky.

The Top Floor of the Tower of Despair is similar to the other floors, but the broken globe around it is slowly rotating, and the outlines of the tower alternate in varying colors by fading to black, and then glowing again. The storm clouds are also a much darker, purple hue.

It's highly recommended that you have a full team of Miis at level 50 with Legendary Equipment. A Cleric is also recommended due to it having a 100% chance to revive with Giga Resurrection and can heal the entire team with Giga Panacea.

Unlike the Tower of Dread, the Tower of Despair includes multiple battles against three or more bosses, so jobs like Cats and Mages that can hit every enemy at once can prove very useful.

Try to conserve your Sprinkles especially HP and Shield as you'll need them on the later floors of the Tower. Only use your life sprinkle if your healer is KOed or you really need to revive someone as a last resort. Safe Spot any Mii that is low on HP or MP or to hide a certain Mii from attacks, because of this it is vital that you keep the order your Mii characters and enemies act in mind.

Try bringing a Mii from the Traveler Hub, they follow you where ever you go until your complete their quest. While their quest is unfinished, try bringing them to the Tower Of Despair, they can help in many ways, and cannot be interacted by enemies either.

Background for the Tower of Despair. 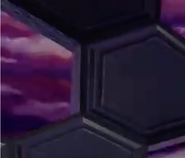 Background for the Tower of Despair Apex.

The player (and a guest) at the Tower of Despair in the overworld.

Game over when team is defeated

The Medal obtained upon completing Tower of Despair.
Community content is available under CC-BY-SA unless otherwise noted.
Advertisement