"A critic in search of the choicest eats. Has strange tastes in food."

The Roaming Gourmet has blonde hair styled in big curls on the sides. He wears orange clothing with a white cloth tied around the neck as his bib.

The Roaming Gourmet, like the Quizmaster, appears on a certain part of a map and disappears after being visited. He serves as a grub giver, sharing three portions of a rare grub otherwise only obtainable in chests or as prizes from the Roulette. Whenever he is visited, he is always seen praising a grub placed on the table, ready to eat. After commenting on said delicacy, he will spot the on-screen party member and decide to share the food.

The Roaming Gourmet can still be encountered during the post-game, sometimes showing up in random dungeons. When he appears in a random dungeon, the party will receive another three of the signature grub.

The grub obtained from the Roaming Gourmet differ by region. He can never show up in "dangerous" and unlivable regions, those being The Sky Scraper, Otherworld, and New Lumos. Random dungeons can randomly include him in the level layout. 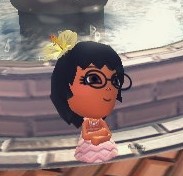 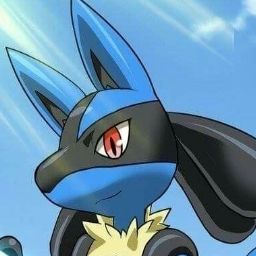 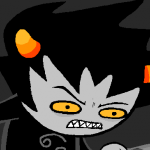