The Hero is the main character in Miitopia, who is created when starting up the game for the first time.

The Hero is a Mii character. Their appearance depends on the player of what they will look like. At the start of the game, the hero wears a robe with a small bag before obtaining the amulet that the Worried Mother gave them.

After first encountering a Rock Moth, the hero attempts to warn the townspeople but most of them don't believe them until the Dark Lord appears and proceeds to steal the townspeople's faces (except for the Worried Mother, the Lovey-Dovey Couple (Man) and the Dubious Mayor). The hero is given an amulet from the mother and a task to rescue her son.

After the Dark Lord placed the child's face on a slime, the amulet awakens and gives the hero a power to choose a class of their own. They manage to defeat the Mini Slime and rescue the child's face. Along the way, the amulet summons a teammate for the hero after encountering two Rock Moths and feeling scared to fight them alone. The two heroes later come face to face with the Dark Lord once again and attempt to challenge them to a battle. Just when the Dark Lord is about to defeat them easily, they get interrupted by the Great Sage. After recruiting two more teammates and rescuing the Greenhorne town residents' faces, the hero and their teammates proceed to the castle where they encounter the overweight King whose face then flies away seconds later.

After recovering the King's face, the King asks the hero to warn his daughter, allowing them access to her room. Inside, the Princess is informed of the bad news, making her worried, especially with the fact that the Besmirched Noble's Son, her childhood friend, is still at the town. The hero agrees to check on said person, making the Princess worry less.

Back at the castle, the hero and their teammates are tasked by the King to escort the Princess's supposed fiancé, a Prince from a Nearby Land. After trekking through the forest near the castle and eventually Arid Frontier, the hero finds the Prince, but not without any problems. The Prince is very arrogant and does nothing but complain when the hero's team is ambushed by a Griffin. After dealing with the annoying Prince, the hero returns only to find out that the Princess's friend and the Prince are fighting each other. So, the King tasks the hero to find a Calming Fruit to stop their quarrel. However, after doing so, the hero finds out that the castle has been invaded by the Dark Lord's minions and the Princess's face has been stolen. The Besmirched Noble's Son, despite being incapable of combat, acts first and runs out of the castle to recover the Princess's face back, so the hero has to give chase.

The hero eventually finds the Besmirched Noble's Son at the top floor of Nightmare Tower, where he tries to attack the monster who has the Princess's face now, to no avail. The hero's team then steps in and beats up the monster, freeing the Princess's face. After all that work, the hero's team is rewarded by the King and gets to see the happy Besmirched Noble's Son finally being allowed to be in a relationship with the Princess.

Just before the hero reaches Neksdor Kingdom, their teammates are taken away by the Dark Lord during a stay at an Inn. The Dark Lord also seals away the hero's current job, forcing them to pick a new one.

After a stop by an inn, a new teammate arrives to accompany the hero, lonely no more. Not far into the journey through West Neksdor Desert, the lone hero encounters the Great Sage once again, now looking for a lamp. The Great Sage is pleased that the hero managed to bring peace to Greenhorne, but then warns them to not do anything to the lamp the Great Sage is looking for if they find it before leaving. They later recruit another teammate as they get closer to a town.

Later, the hero encounters the Prince from a Nearby Land, who had unknowingly released what was sealed within the lamp the Great Sage was looking for, a mischievous Genie. The Prince, trying to put the blame on someone else, simply shoves the lamp into the hero's hands and asks them to leave him alone. After leaving him, the hero and their teammates finally arrive at Neksdor Town. It turns out that the Genie has caused trouble, including stealing the Desert Celebrity's gold, so the hero has to stop him. In Wetland Way, which is located east of the town, the hero gains a new recruit. Not far into Wetland Way, the hero encounters the Great Sage again and tells them about the Genie. The Great Sage becomes concerned, then notices the lamp the hero is holding. Instead of putting the blame on the hero, the Great Sage simply talks about how the lamp can be used to re-seal the Genie, with the method involving mentioning the Genie's name over and over while holding the lamp.

The hero and them teammates finally find the Genie deep in the Underground Maze, along with the Desert Celebrity's gold. The hero then tries to re-seal the Genie, who begins to beg them for mercy. After canceling the sealing process, the Genie feels sorry and leaves the hero to return to Neksdor Town, only for the town to be attacked by the Dark Lord not much later. Even worse, the Genie is one of the victims and his face is kept in the deepest part of the Great Pyramid that requires the jewels to open, so the hero has to gather the jewels, which involves rescuing the other Neksdor Town residents first. After doing so, reaching the deepest part of the Great Pyramid ends up with the hero having to fight against Pharaoh "Genie". After defeating it and freeing the Genie's face, the hero and their teammates return to the town where the Genie's face is restored. Since then, the Genie begins to become friendly towards the hero, demonstrated by first helping them clear out the boulders that block the only exit path in Wetland Way.

Once again, the hero gets caught off-guard during a stay at an inn just before they can go to the next region, Realm of the Fey. After having their Neksdor teammates kidnapped and having their second job sealed as well, the hero has no choice but to continue going, but not before picking a new job to replace the sealed one.

After a stop by an inn, a new teammate arrives to accompany the hero once more. Going farther in, the hero will meet with the Great Sage again, who expresses surprise in the Genie being reformed back in Neksdor and thanks them. When the hero tells the Great Sage about the Dark Lord escaping from them again, they suggest the hero make their way towards the Elven Retreat next. As they make their way towards Elven Retreat, the hero then comes across the Injured Elf, who tells them that the Dark Lord is headed towards the retreat and adds that at least they have the Eldest Fab Fairy to protect them before dozing off.

There at the gate, after performing a little dance to open it, the Dark Lord appears behind it and steals the face of the Youngest Fab Fairy, along with several other faces belonging to the residents of the retreat. Taking responsibility to help clean up the mess the Dark Lord made, the the Eldest Fab Fairy joins the hero in finding and rescuing all the missing faces of Elven Retreat and her younger sister's, along with finding the jewels to open the gate to Lotus Lake while the middle sister stays behind.

Once all of the faces of the Elven Retreat residents are saved, the path to Lotus Lake opens up where the face of the Youngest Fab Fairy resides. Deep within, the hero and Elder Fab Fairy find the younger sister's face on the "Youngest Fab Fairy" Frog and fight it to free her face from the monster.

Once the Youngest Fab Fairy is saved, the hero and their friends have one last dance with the Fab Fairies, and head off to Karkaton. The Dark Lord steals the last few party members, but fails to seal the hero's class away.

They soon encounter the Great Sage in Haven Hollow, who has found and rounded up their third, sixth, and ninth members, now lacking faces. They offer to help the hero rescue their friends. Thus, the hero and the Great Sage team up, battling Paincloud "Teammate", Magma "Teammate" Slime, and Burning "Teammate" Golem.

Once those three have been defeated, the crew heads off to a deeper part of Karkaton, unfortunately being separated by a rock slide. They finally reunite in order to battle Cerberus, hosting the faces of the second, fifth, and eighth members of the party. Once the monster has been defeated, the Great Sage bids the heroes farewell and leaves the party.

With the Great Sage gone, the hero and their party marches off to the Dark Lord's Castle to save their remaining friends. However, they once more end up getting split, resulting in one party fighting against "Teammate" Demon and the other one fighting Study of "Teammate".

Once the party gets together again, they fight one last monster, being "Teammate" Armor. With the rescue of the final teammate, the heroes fight against the Dark Lord, finally defeating him and bringing peace to Miitopia....or so it seems.

The Dark Lord transforms back into the Ex-Dark Lord, who proceeds to walk off in confusion. The Great Sage then later arrives, congratulating the heroes. Unfortunately, Dark Curse appears and attempts to possess the hero. The Great Sage pushes them out of the way, becoming possessed and turns into the Darker Lord in the process. The hero becomes visibly upset by this, but the Guardian Spirit encourages them to chase after the Darker Lord and save Miitopia once again.

The Search for the 4 jewels

Back at the Travelers' Hub, the hero proceeds to do quests for the jewels from a Cat, a Scientist, a Thief, and the Desert Celebrity. 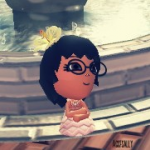 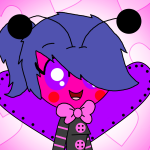 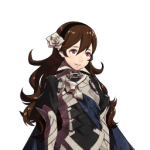