246
The Dragon Lord (Japanese: ドラゴンロード Dragon Lord) is the boss of the 4th District in New Lumos. It is the ultimate Dragon. It can fly and use wind attacks to slay its enemies.

The Medal "Fired" is gained by defeating it.

It shows up again in the Tower of Dread as the fourth boss and can also be fought daily on its own when defeated.

The Dragon Lord is a tall, winged Dragon that is pitch black with blue highlights all over. It possesses two Mii eyes.

The Dragon Lord in battle. 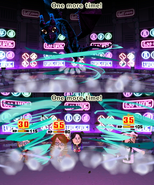 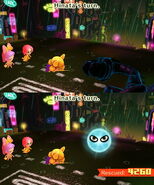