Miitopia Wiki
Register
Don't have an account?
Sign In
Advertisement
in: Monsters, Bosses, Tower of Dread,
and 7 more

242
Calc King (Japanese: 電算キング Densan-King; Computer King) is the boss of the 2nd District in New Lumos. It later shows up as the second floor boss of the Tower of Dread.

The Medal "Pulled the plug" is gained by defeating it.

After its defeat, it can be fought again once daily.

Its gimmick is summoning backup Ultimate Robot Warriors during the fight.

It is shaped like the Retroputer, but is pitch black with blue highlights, except for its screen, which scrolls and has Mii shades, eyes and mouth on it, which flash differing colors. 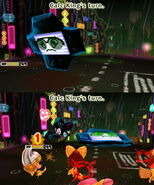 The Calc King attacking a Mii. 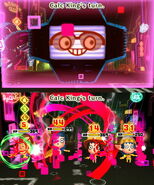 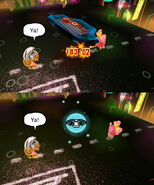