I'd definitely recommend two clerics (one of your own and one from the Traveller's hub). Or (judging from previous comments) if you really don't want to use one of your own, then at least have the guest one from the hub. That way you can have whatever team you want with that extra 5th support. Tower of Despair isn't too bad it's literally just the Red Fiend on the 6th floor that's a pain to get past. It can destroy your entire team so you NEED Righteous Anger to get rid of it or else you WILL have a bad time. I beat Tower of Despair with Vampire, Cleric, Scientist, and Warrior (all level 50 w/ legendary gear + a guest cleric from the traveller's hub).

Am I the only one who thinks tanks are cute? Sure they have moves that cause the most resentment compared to every other class (believe me, I'd know because my tank is Stubborn too and that's even worse) and they're super slow... and if their weapon gets stolen they become useless BUUUT... watching them roll around during exploration and hide when they use Defense is adorable to me. It's also cute how they believe they're actually machines when they're more like people that have canons on their heads. I also like the octopus tank for some reason. Anyway, here's my tank being cute. I made my hero a tank for a while and they are an OC I'm attached to very much so I'm biased, lol. 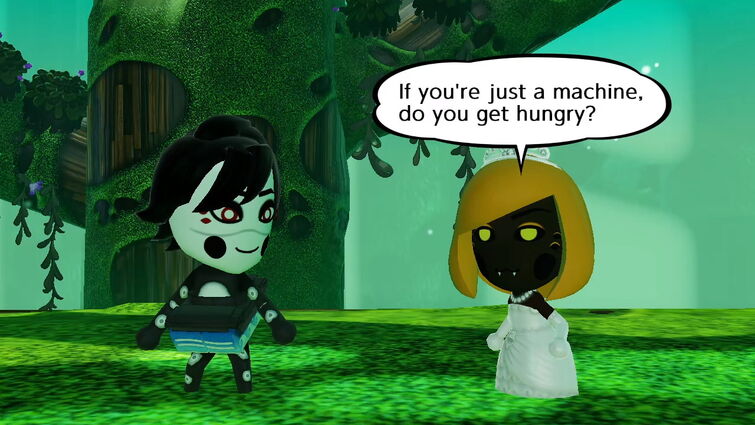 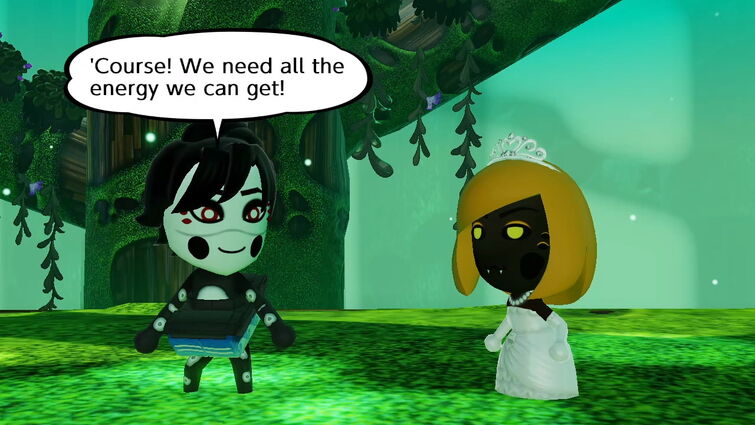 The best way to grind for gold is to go to Galadose Isle. There's a place there where a Rich Snurp spawns over and over after being defeated and it always drops 20000 gold. There is more information about it on the Rich Snurp page on this wiki. Hope this helps.

A reply to Fishy Chase
0

Snurp hunt appears to be the most reliable way. Wheel may be an option but tickets are kinda uncommon. There actually are no good ways to get a lot of exp fast that aren't heavily reliant on RNG, it's kinda frustrating.

Wow, big flex. Congratulations! It took me 5 tries.. haha *cries in difficulty getting past the Red Fiend*

So I discovered something about the Vampire Horse Whispering event while I was scrolling on Twitter. One of my mutuals posted a clip of their vampire Mii HW and I realized that the text it says is different from when my Mii does it.

His Mii would say "Darkness falls." Then, it would say "The night consumes all." Once the move is completed, the Mii would then say "Hmph."

However, when my vamp Mii does it, it says "Come, darkness!" Then, it says "Gloom, consume!" After the event is over, it says "Ha."

At first I thought this would depend on the personality of the Mii but then I remembered that I actually switched the personality of my Mii a couple of times and the text it would say is still the same so this is probably a regional difference.

The option to remove noses. Most of my Miis are modeled after my original characters, a lot of which don't have noses so I always have to pick the black triangle nose or the nostrils and move them over the mouth to make it invisible but it's still visible from certain angles.

Same, I feel bad too. Every time I use hyper sprinkles on a Mii I'm thinking "Yeah... drugs." Although, an Imp using Charm on a Mii also makes them hyper so idk.