What the! Is that the place where it appeared again?

I never thought it would be there! Thank you!

In that way, if Manor Macabre map reappears, can a "Noble Lady" appear there?

If I catch "Noble Lady", I fill up all the monster's drawings.

It's been a while since I've completed a job request for a vampire.

How can I find It?

Yeah. You can add more from the previous 10 members after the ending!

If you want, you can make more of characters. since the ending)

Well, I have my own personal characters, so I formed my team of Miitopia with them. For some reason, as far as in Miitopia's story, the party has 10 final members (Ten, even without the extra characters after the ending!) so It's long to introduce my team one by one.

Wow, it's a newbie! Welcome!

Congratulations! I am clear in his first attempt it.

Yes. You are right. It's allowed for the game because a player like me doesn't want to stop Miitopia.

Oh, oh, congratulations! Now all you have to do is get a new jobs and challenge the Tower of (Dread/Despair)!

Oh, dear. But you've come all the way to Karkaton. Soon you'll be able to bring those jobs up again...

A reply to Haiji CPR
0

Well, in a battle that's difficult for all four of Mii to deal with, Cool seems to good because it can dodge to serious attack.

P.S. But the situation I said behind the scenes is likely to happen only after the ending, so in the early stages of the game, Cool would be good as I said earlier.

*my speak may sound weird because I'm using a translator.

Something similar happened, when after the ending, New Lumos and Galados Isle were opened,

I only went in one section on both sides to see what the two areas were like before I turned off the game.

Galados Isle is started from the far left, so it didn't matter.

But New Lumos is open from 1st District to 8th District at once, right?

As soon as I started, I went into 8th District! (Well, what the hell is this person?)

(And then I got out of that fight alive! Oh, my Gosh, how was it possible?)

Later, after I went to 1st District, I realized that it was the order of difficulty... LOL

P.S. Me, too, when the Tower of Dread opened.

“Holy noooo, I didn't expect to start right away without a map!”

(Nevertheless, I came all the way to the last floor... Wow. I lost at there.

I've seen them both on the switch, and I hate Twerkey more. The Darker Lord looks like greater rather then Twerkey..

I'm afraid I'll end up with Korean terms on every document. LOL

I don't edit wikis very often, so if there's an error... (I hope not) I'm really sorry. I apologize in advance!

I raised Friendship level of two Miis to 99 in the trial version,

and there are two things I feel too bad for.

One is that I can't take a picture of ‘Friendship level up’ in a nice outfit on product version. 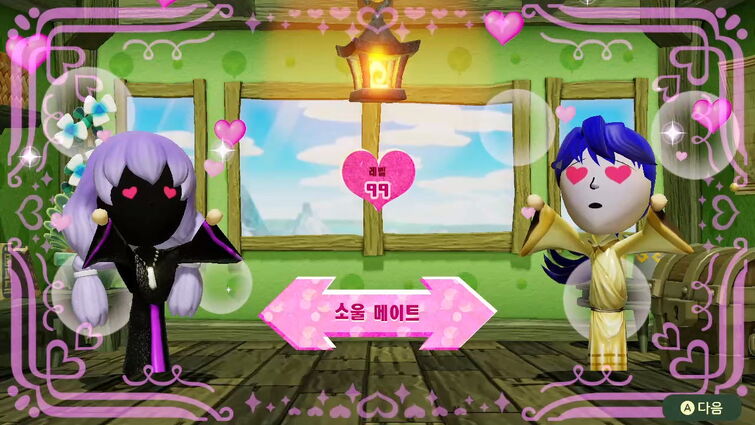