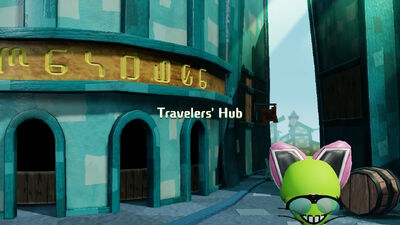 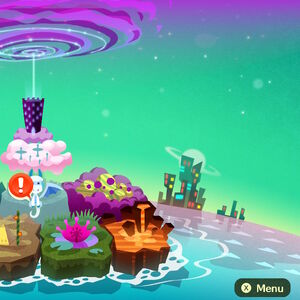 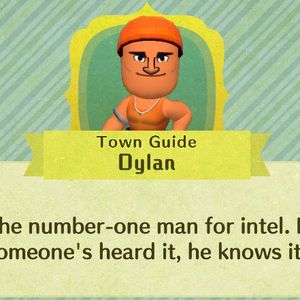 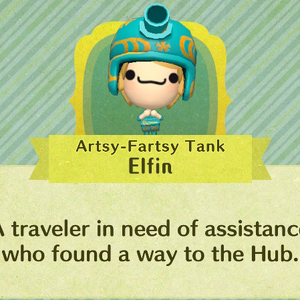 ASK UR SISTERS ALREADY! YOUR THE FAB FAIRIES! IF Y’ALL CAN PROTECT ELVEN RETREAT THERE SHOULD BE NO PROBLEM GETTING YOURSELF SOMETHING SWEET WITHOUT ASKING ME TO GO WITH YOU! 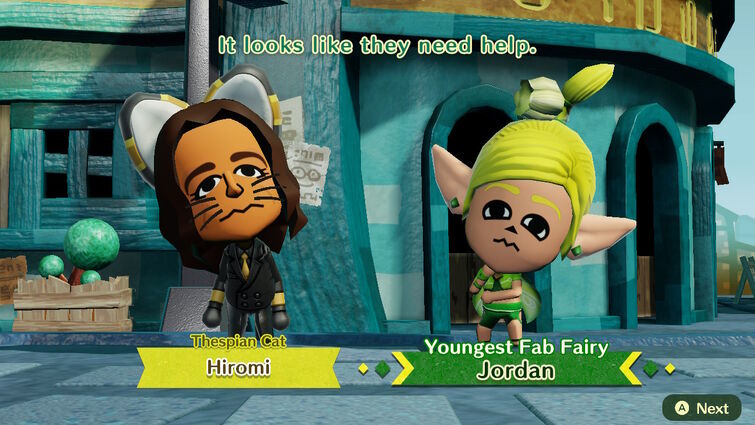 These are some frustrating times

Or is it kinda weird how only some jobs wear their hats in the Travelers' Hub? 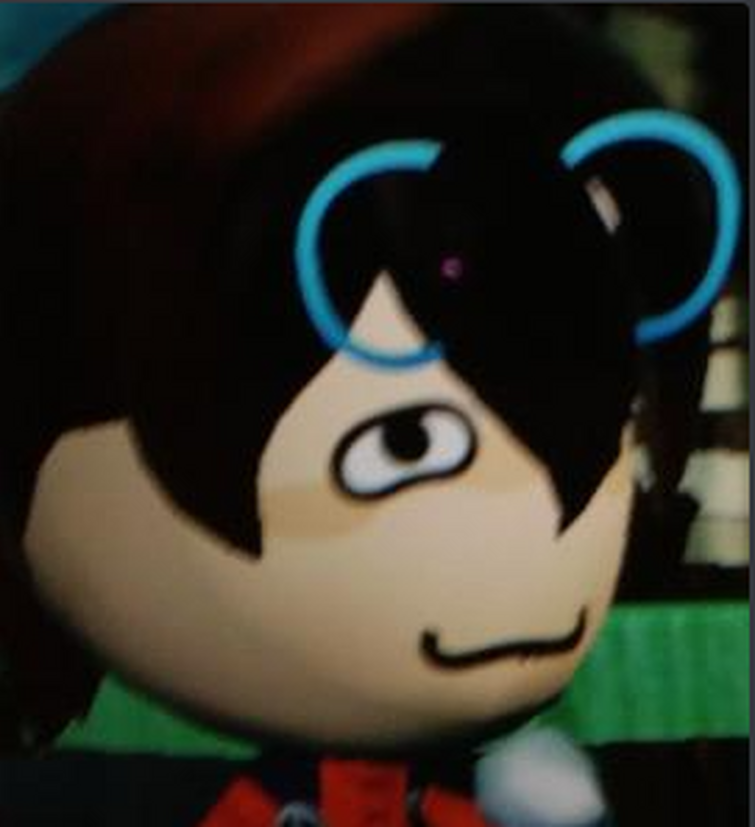 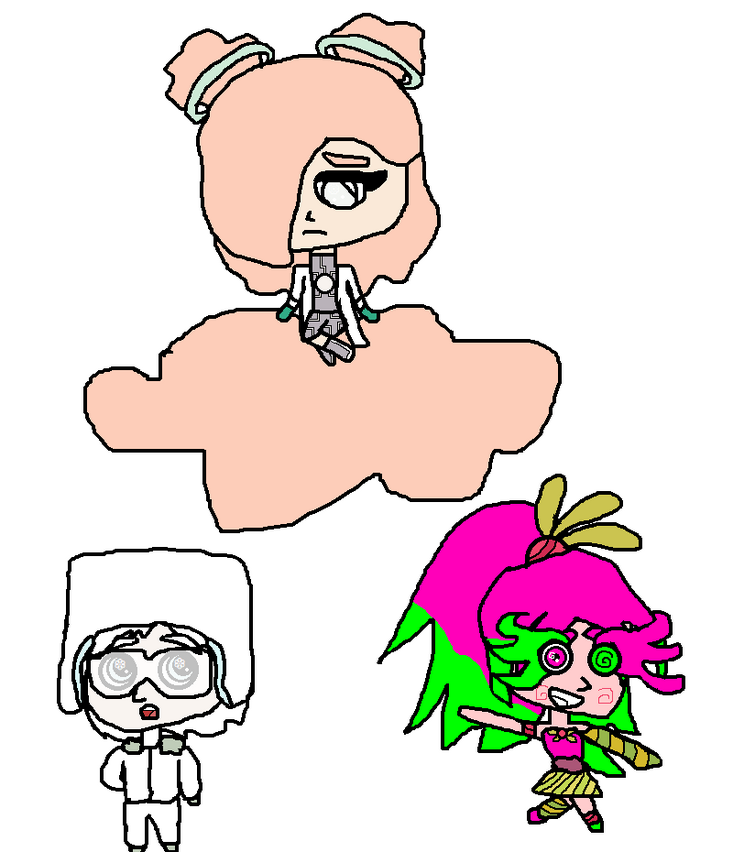 Sorry that the Travelers' Hub isn't actually in the drawing...

FIRST TRY! AND WITHOUT AMY HELP FROM ME! AND WITH 2 UNDERLEVELED TEAMMATES!!! :0(07;I’M SO SURPRISED! AND PROUD! BUT WHATTTHOWWHAAA 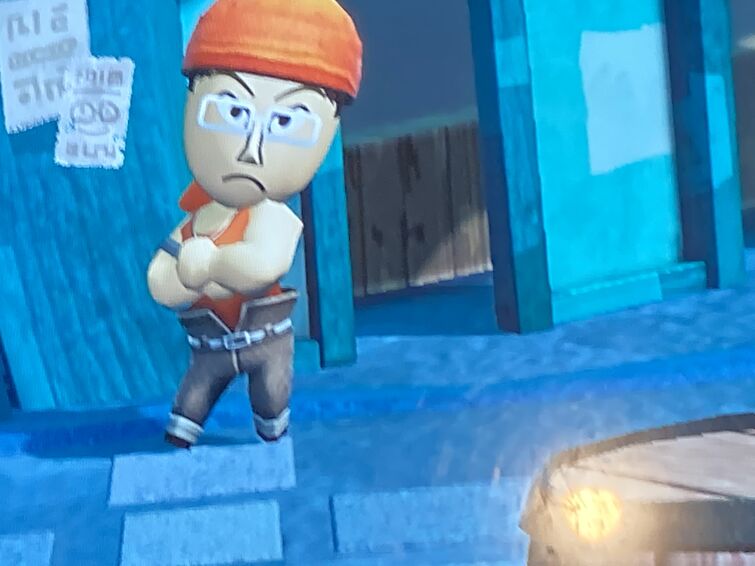 So Galados Isle and Tschilly Peak have quests to introduce the player to them. Well, people (like me) might have expected a quest to introduce them to New Lumos, and therefore not have gone there for at least while after defeating the Darkest Lord. So I came up with a quest with a new dungeon, new boss and featuring rare enemies.

I opened the game up today (after 4:00), but no new Travellers showed up! This could be because I had one quest left (a Worried Explorer one), but that doesn't make sense, as that just doesn't happen! The switch's date had not been changed either. Is there any other potential explanation for no new Travellers showing up?

EDIT: Traveller's did show up, but only after I entered the Hub. Somehow?

It's about time some one talks about this. As much as I love Miitopia, It's absolutely not without it's flaws.

How I trigger low quests I keep getting lv.50 quests

I used date and time to get more quests then not work then I turn on synchronize clock and I wait for 2 days and no new quests How I fix it?

Besides the youngest Fab Fairy, I've never saw an Elf traveller, so does that means Elves are unobtainable via the Traveller's hub by all means, even if you obtained the Elven Charm before?

When I reset the game to cycle through the possible quest givers I've noticed that the Miis in your save data are more likely to be chosen as the errand quest givers, and the game's preset Miis/popular Miis are more likely to be chosen as the adventure quest givers. Also when a Mii from your save data is picked for an adventure quest, they'll almost always have a quest that any personality can have (for example, "I need a vacation in [location]. Take me with you!"), while the preset/popular Miis will most likely have a quest that matches their personality. Has this happened to anyone else, or is it just me?

I need to get Tomato Spaghetti 2Stars but...

Instead of fighting the boss to get kt...

Waluigi gave it to me, as an Errand quest reward...

Please tell me in the comments 👀

U got ur job, by a charm right? how did ur teammates and traveler hub people get their powers? Also speaking of jobs I wish the elven witch was a job..

So, a Donald Trump Mii gave me an errand and the present was…a trumpet. I kid not lol. 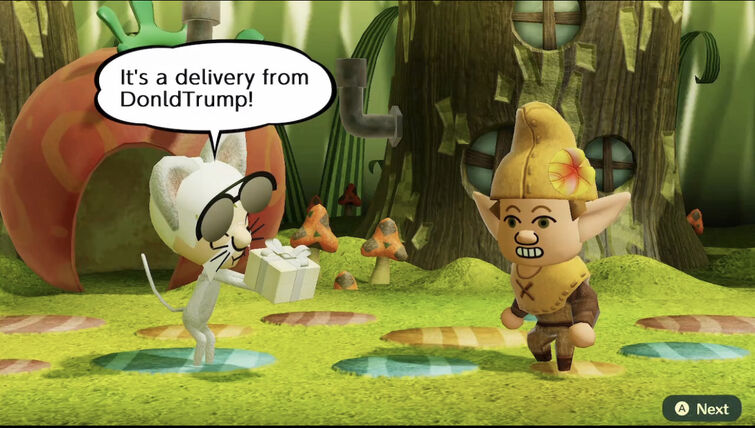 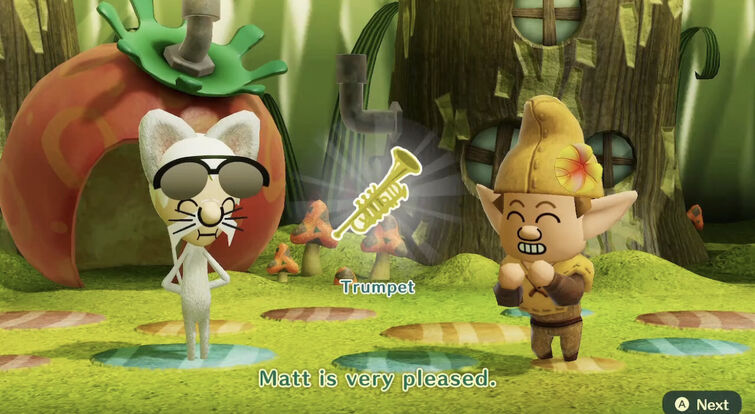 I cant find them anywhere on google or this wiki help