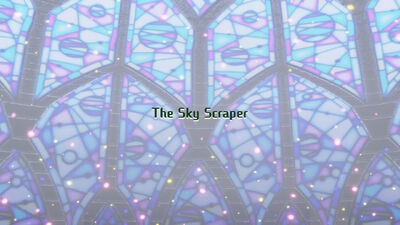 The Sky Scraper (Japanese: 超摩天楼 Chou-Matenrou; Super Skyscraper) is the building where you battle quite a few bosses, including the Phantom of Evil. It is also where the portal to Otherworld is. It is only accessible after obtaining the four jewels (gained by finishing certain Travelers' quests... 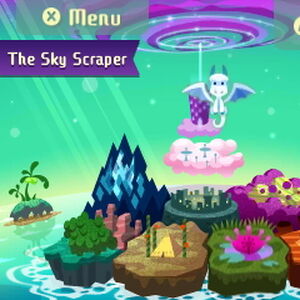 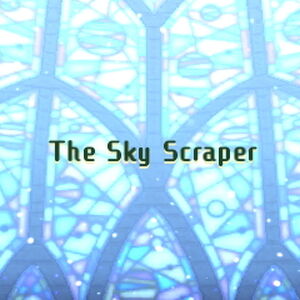 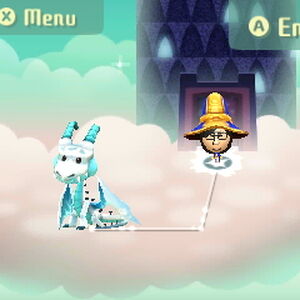 I Found a Gold Rich Snurp on the Skyscraper 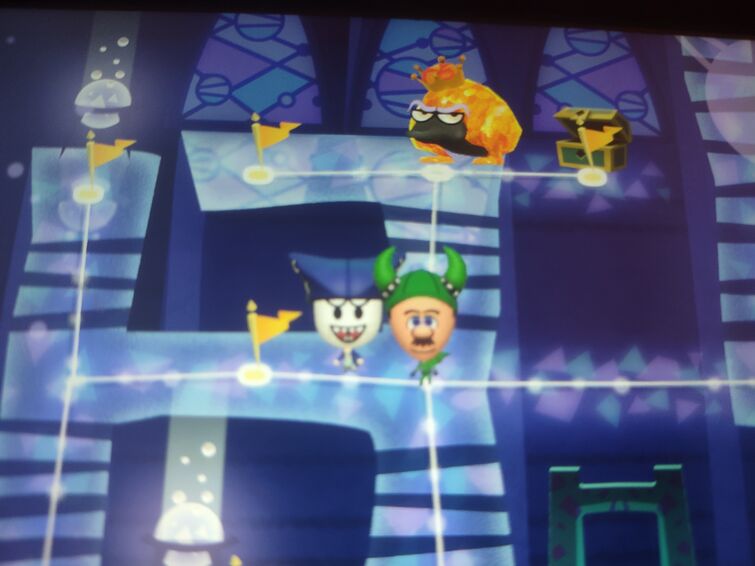 It just unlocks a path to a treasure chest or something.

The image above shows 2 levers and you'll see a message showing which lever will you pull?

One of these levers will be safe while the other one is dangerous.

Choosing the correct one rewards a.....

However choosing the wrong one, causes a bolder to fall and there's a chance you're Mii would either get hit taking no damage or small damage or they'll be able to dodge it in time.

Finally the 3 lever event only appears in Neskdor Pyramid where you have to choose the right pattern when pulling the levers do it correctly and a secret path will open up leading to a treasure chest or so.

If you missed the 1 or 3 lever events you can go back to the same stage you completed.

This will not be possible for the 2 Lever events as you'll only get 1 shot to choose the correct one. Otherwise these are pretty much ok.

All I remember is raging at the Sky Scraper in the 3DS version, it was pretty painful ;v; 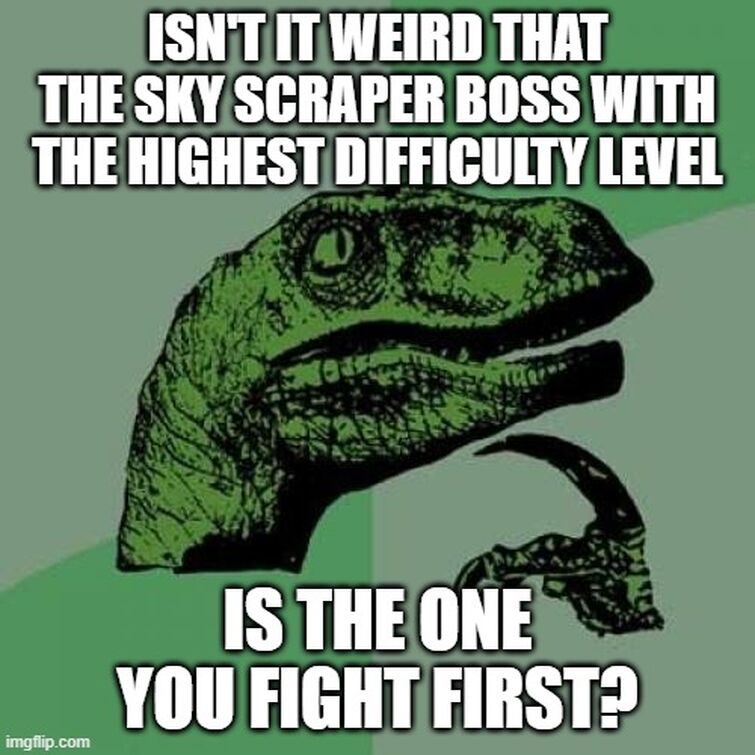 Not saying the other ones need to be much harder. Just enough that they actually feel like a challenge. 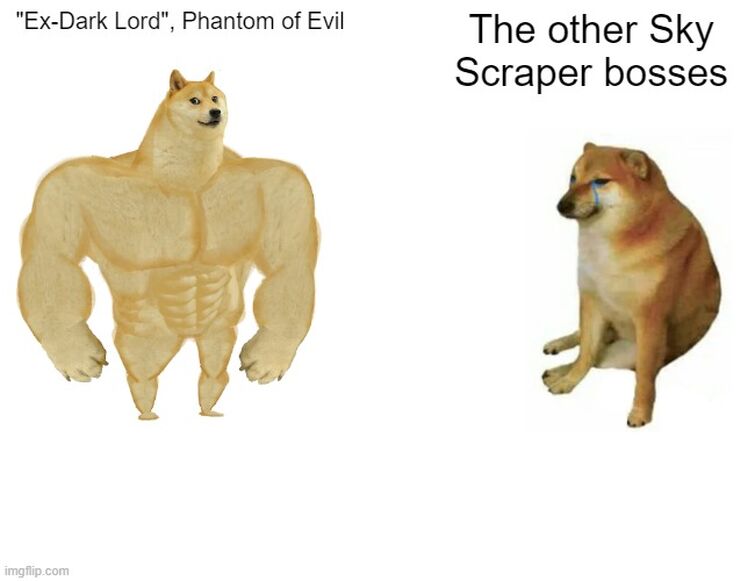 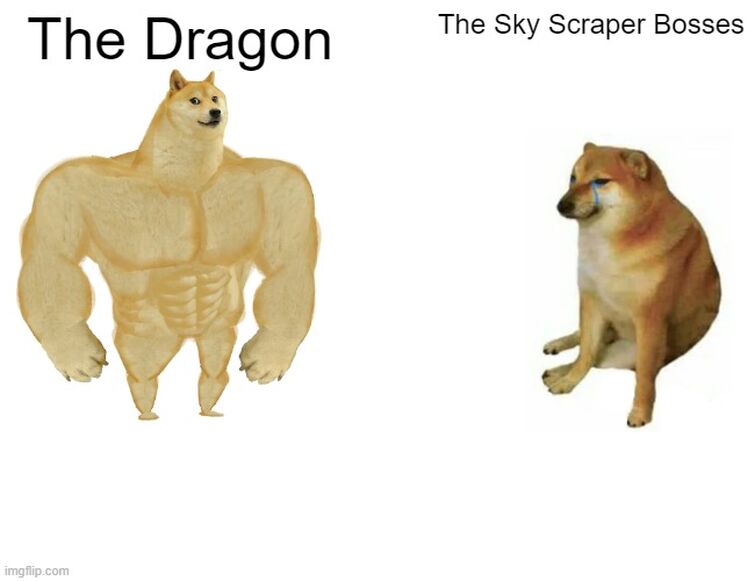 So anyone who has run through the Sky Scraper before will probably know that the bosses there are way too easy for the level you’re fighting them at (with the slight exception of the Red Frog). The Traveler’s Hub bosses and even the Dragon in Karkaton have higher stats than they do and are therefore much more challenging! Yes, you could argue that they have low stats so you can see how strong you’ve gotten since you last fought them, but if that’s the case, then what about the Phantom of Evil having 2200 HP and pretty high stats for the level it’s fought at? But rather than nerfing him, I’d prefer a proper challenge. So here’s how I would buff the other Sky Scraper bosses:

That’s actually pretty decent stats for a supporting enemy, and IMO doesn’t need to be fixed.

I would also give all of them (apart from the poles) 3 turns each to up the difficulty a bit more. So that’s how I would fix the Sky Scraper bosses!

But I always get this weird feeling when I'm doing battles in the Sky Scraper (and sometimes Otherworld too!). Maybe it has something to do with the music? I don't know how to describe it. It's not really a feeling of general strangeness, but I do know that I don't get this feeling anywhere else.

Enjoy some otherworldly logos! The last one is especially so! 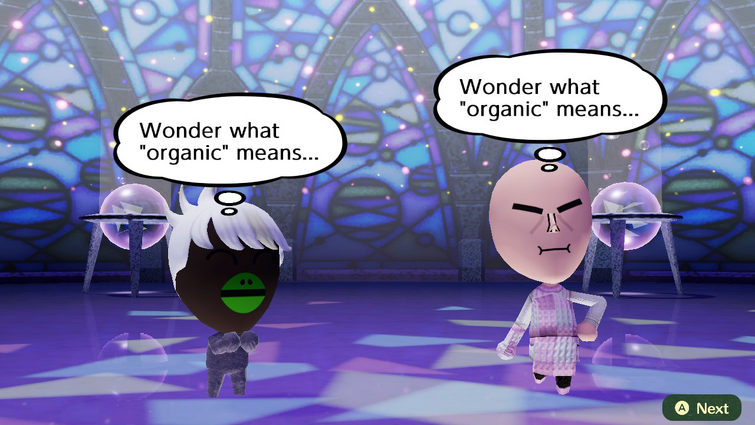 Of course you don't know. YOU'RE AN ALIEN AND A DUCK!

I have a Mii; Pillow Cat. What’s epic is that she’s a laid-back mage.