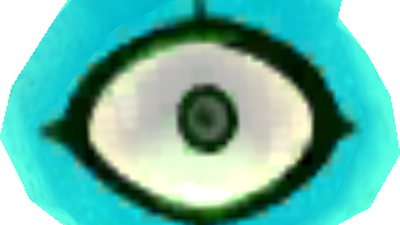 The Dark Curse is a spirit that possesses the Dark Lord, and later the Great Sage, and the true main antagonist of Miitopia. The Dark Curse was originally a normal Mii living amongst the people of Miitopia. After years of neglect, however, he cast away his face, leaving his soul to become filled... 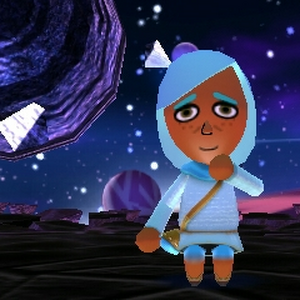 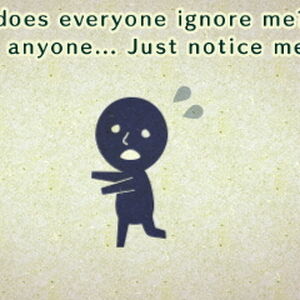 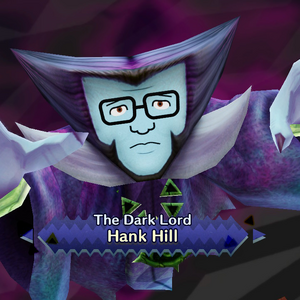 So you know how the dark curse just ripped his face off and it made him a wisp? Well how come the Miis that HE ripped the face off of then put the faces on monsters didnt become a wisp?

THIS IS A BIG SPOILER SO SCROLL FAST PAST THIS IF YOU HAVEN'T GOTTEN TO THE END IN EITHER VERSION. also it's a meme. 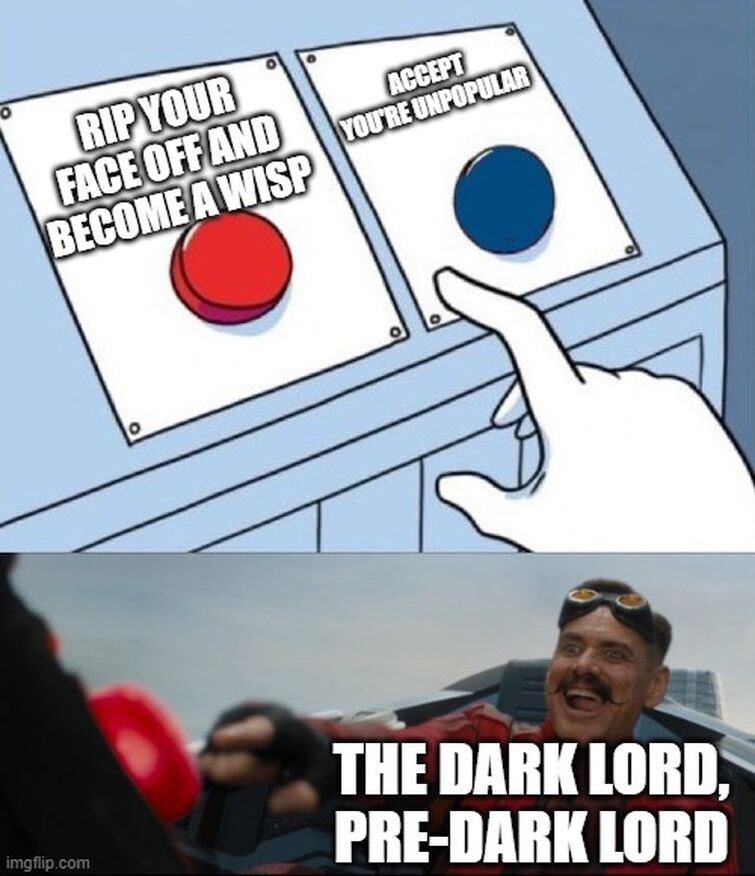 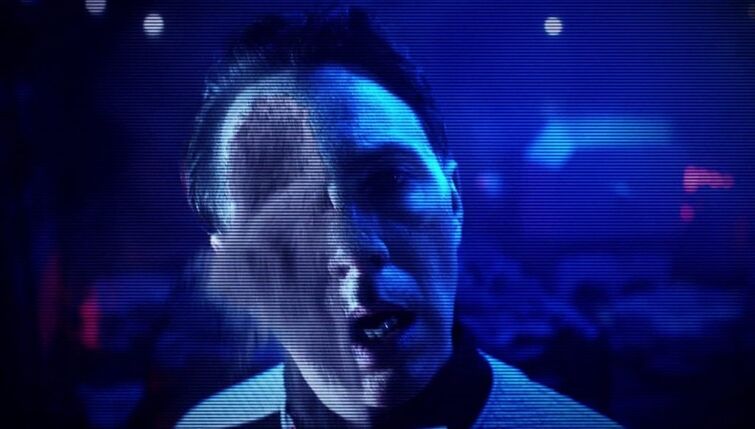 The time I was cursed. 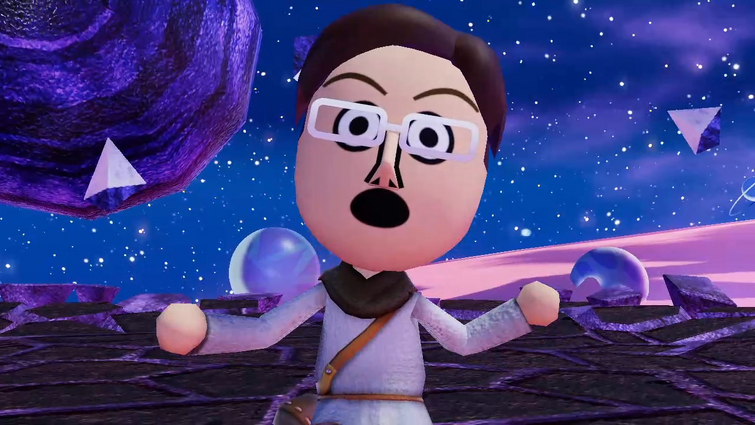 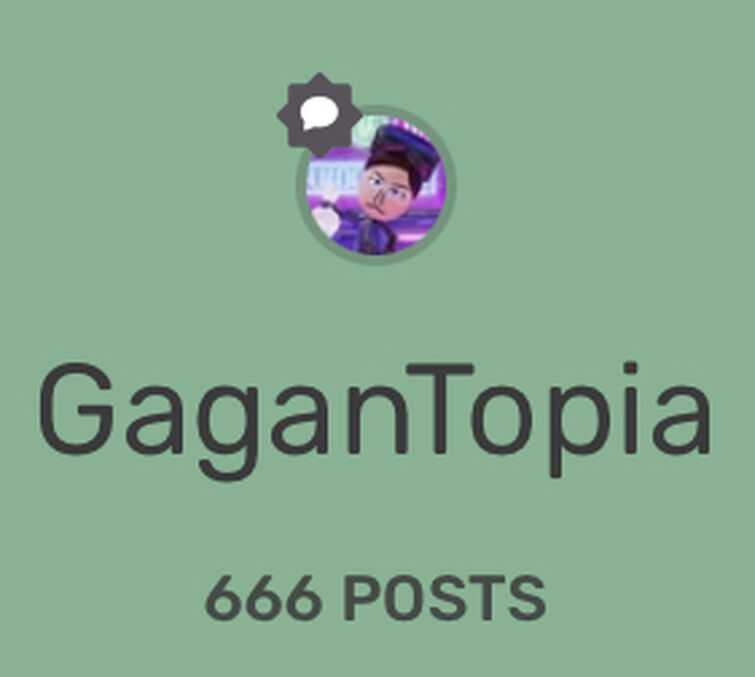 The Dark Curse
OTP!
Sure!
Enemies attract
That's Dark Cursed (this is the true answer lol)
Nah...
What do you mean? Is this mathmatics or something?

We already know there's an alternate scene between choices for Dark Curse, making it show a credit with Reborn or without. 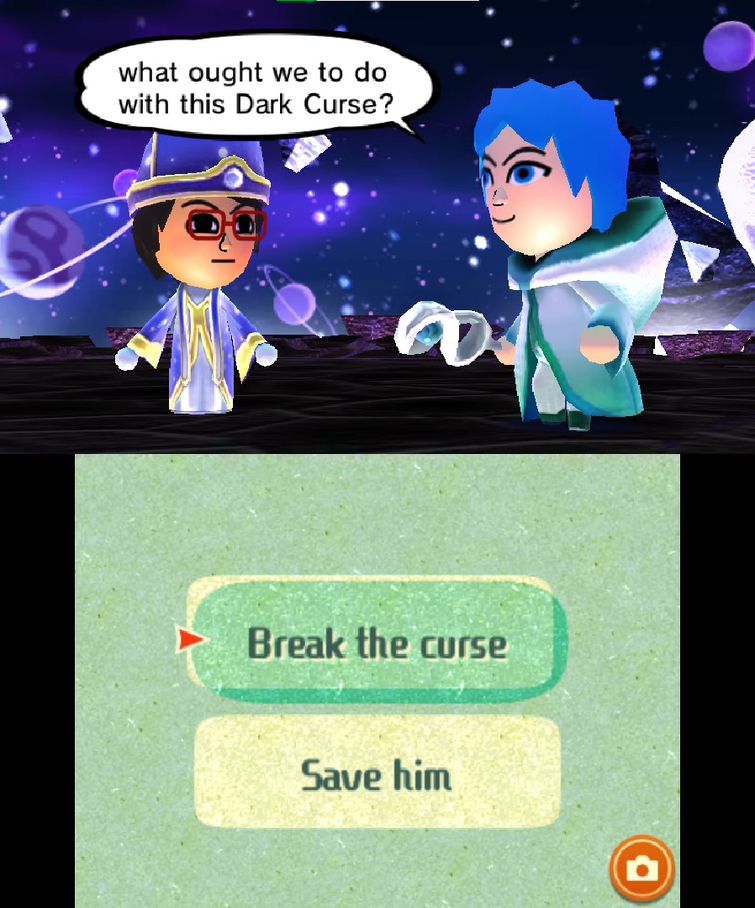 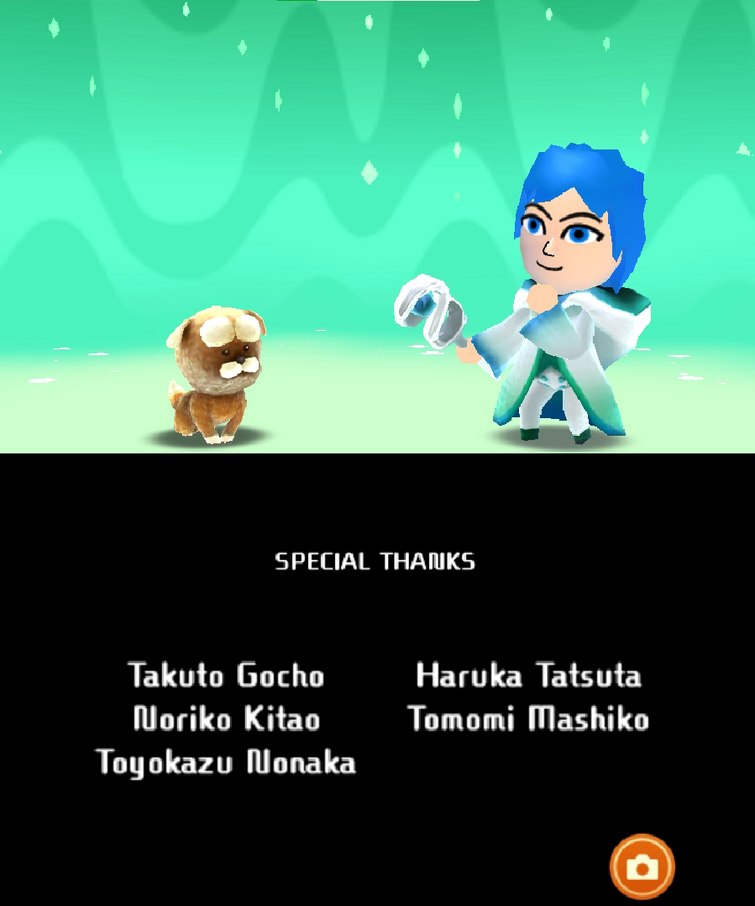 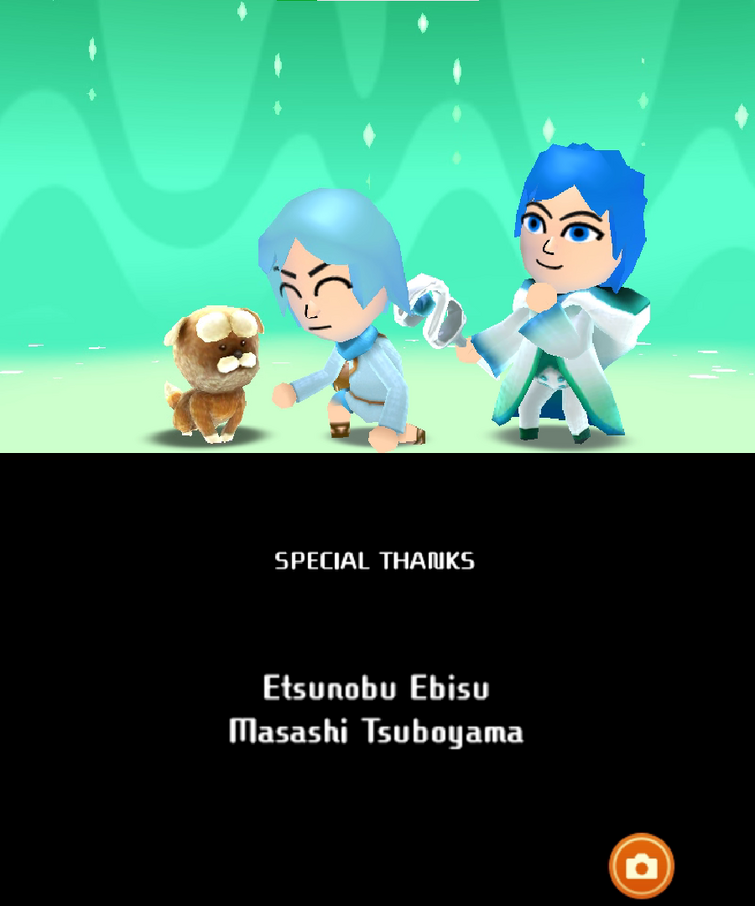 And only for Switch, there's also an alternate scenes in the ending & credit depending if you brought the horse at the battle. 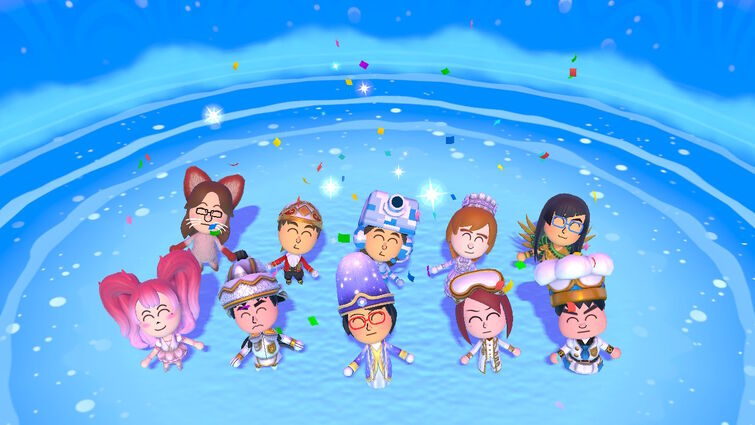 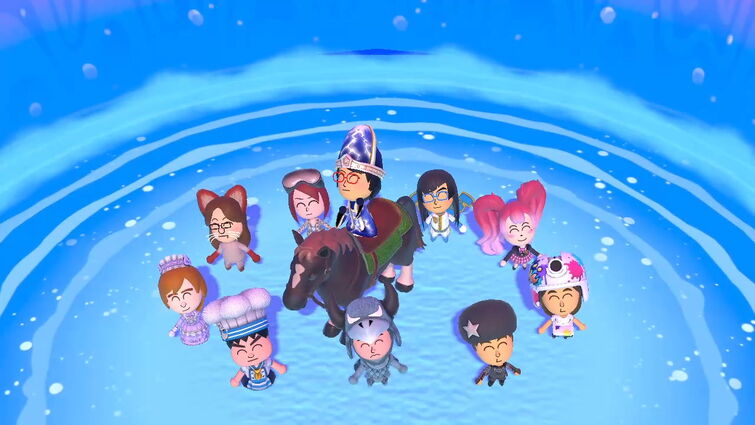 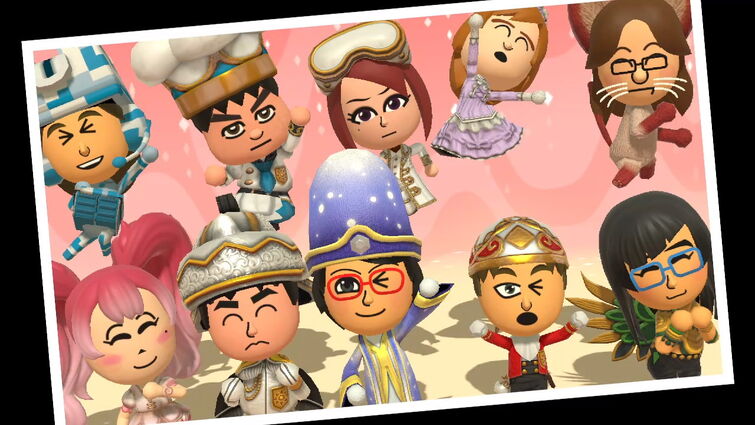 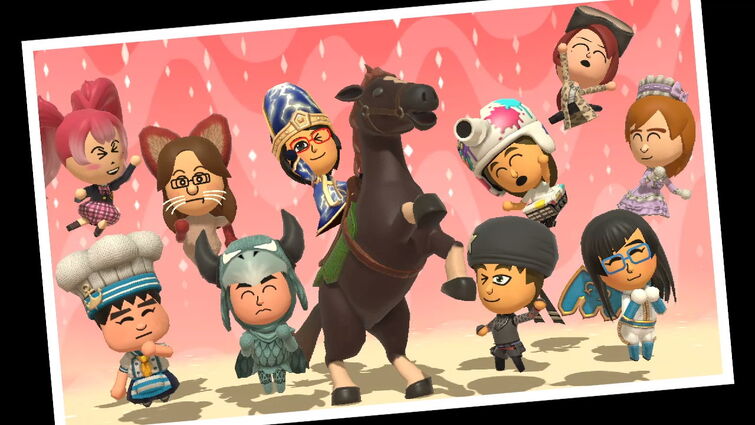 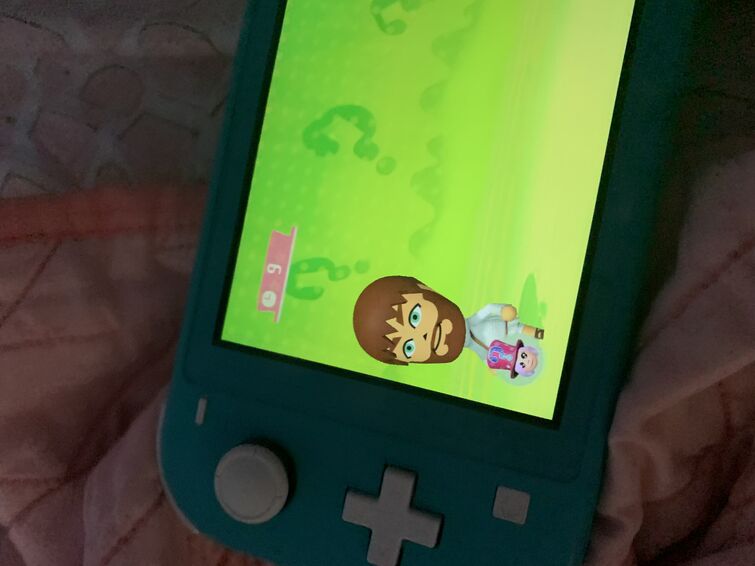 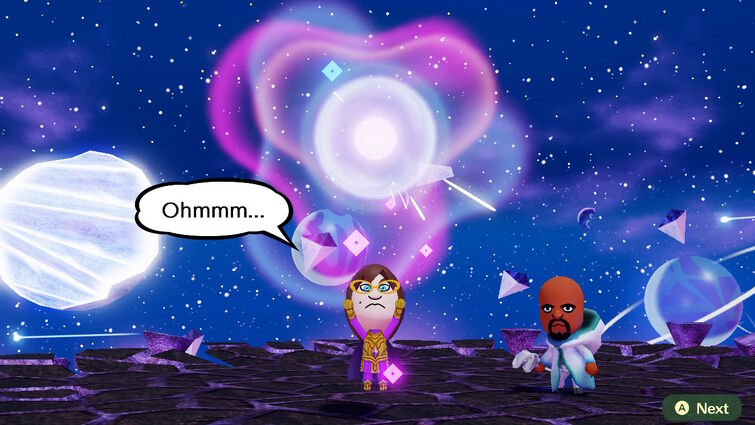 So, I replayed the final boss today to see the ‘Break the curse’ ending. Then, I realized that the scene was anime as heck.

The Dark Curse
MY NEW OTP!!!
I ship it!
Isn't that the same as Great Sage x Dark Curse
HiLaRiOuS1!1
NO
Why do you DO this to us?

Great SageThe Dark Curse
MY NEW OTP!!!
I ship it!
I guess I could see that happening...
Ha! It's funny how dumb you are!
Can't say I'm a fan...
What? Ew, no! That sounds cursed!

Great SageThe Dark Curse
Break the curse
Save him!

Before the dark lord, Solar somehow learned delete and did this to the dark curse.

And that's how Solar saved the world in alternate ending! But Christina still gets the credit.

The Great Sage was too slow and the protagonist became the new Darker Lord? How would that affect the rest of the story?

What if the dark curse (after defeating Dark Lord) posessed the Genie or one of the Fab Fairies?

How would that change the game? 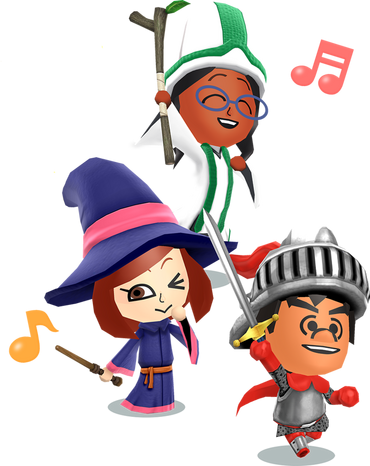 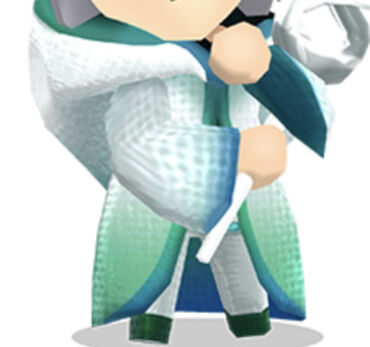 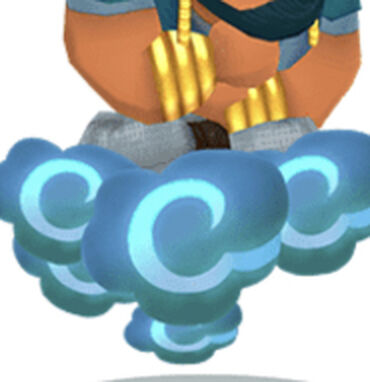 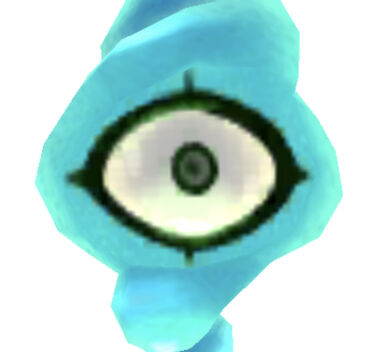 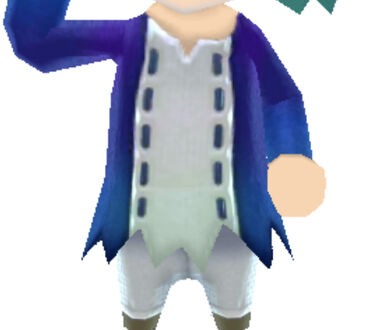 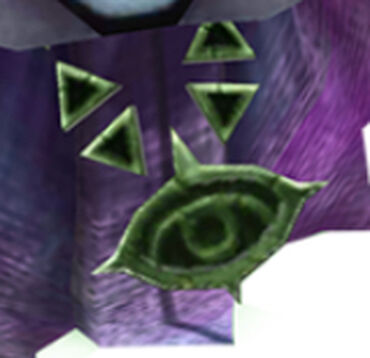 Hey guys! This is a continuation of my blog where I post stories of my Mii’s post game adventures!

This is not real eg. The battle I will put as a video in the comments might seem easy but it was about twice as hard as the Dark Sun and there was 2 bosses at once.

Anything not Miitopia related or related to the plot will be in bold, like this.

This afternoon, The Reborn came for a visit to our island! Cool, huh? Not when he makes stupid decisions. Exeggutor came a bit too close to say hi and both he and the reborn disappeared!

When the smoke cleared, the others could only look in horror, as The Darker Lord was reborn with Exeggutor as the vessel! He immediately awakened another even more powerful monster,

These monsters are known as a Primal Bosses from my story. These guys are towering monsters, to the point where, for example a balloon is the size of a building! Their HP goes above the roof, with millions of HP! However they also like to hide in dens, kinda like how the Dark Sun and the other District Bosses just chill in their Districts until the player beats them up. Sometimes they just can’t wait and bust out of the den, or, like in this example, be forced out of the den by magical beings like the Darker Lord.

In this case, Darker Lord Exeggutor, who already had 500,000 health on his own, summoned a Primal Rosa, which looks like a little 10 year old girl but has 2 million health! She was our toughest challenge yet, requiring all of our teammates to defeat. It didn’t help in the fact that since Rosa is one of my favourite characters in gaming, everyone was in awe of her the second she appeared. Fortunately, the Darker Lord didn’t want to steal any faces yet. This was our chance to strike him down and save Miitopia! Exeggutor was saved, but Rosa was a bigger issue and took a while to take down. After a long battle, she exploded, shrank down and disappeared. Did we just kill one of the strongest trainers in Unova? Nope, she was just another evil clone, powered up by Hero Souls, which are dropped by Primal Bosses after their defeat. We claimed the souls and Exeggutor rushed to thank us for saving him. Fortunately the Reborn was also safe and sound too.

so my ex - dark lord is a female. my great sage is also a female. but my reborn dark curse is a male. 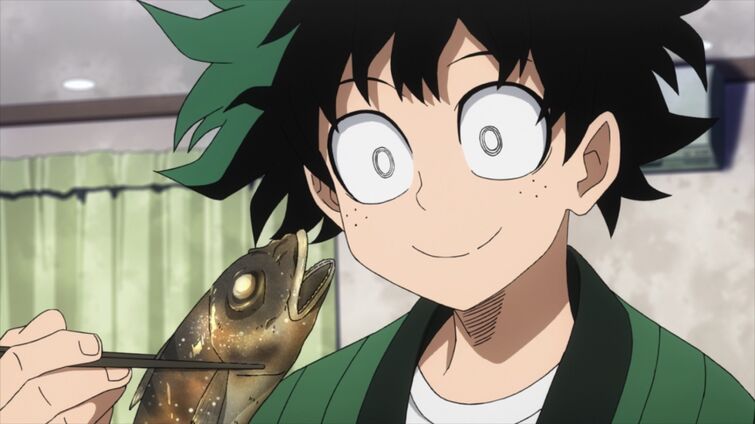