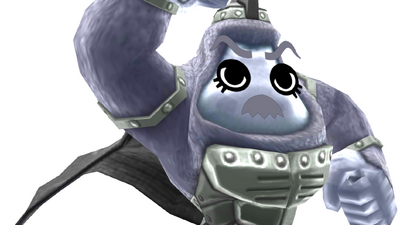 The Iron General (Japanese: アイアンコング Iron Kong) is an enemy which turns up in New Lumos. It behaves like other "gorilla" enemies, having a strong single-target move and a whole-party attack. It boasts high durability and attack as well as being paired with other tough foes. It is a large, stocky... 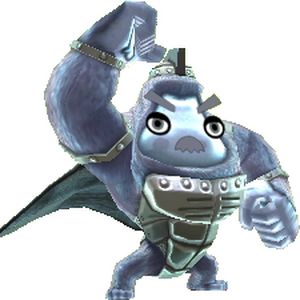 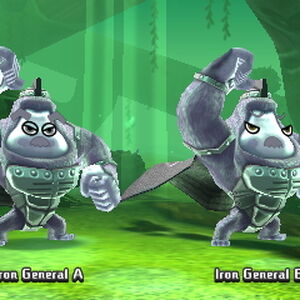 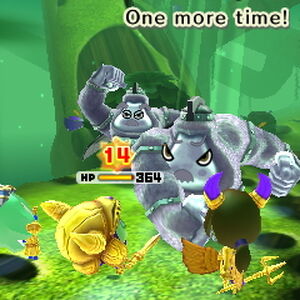 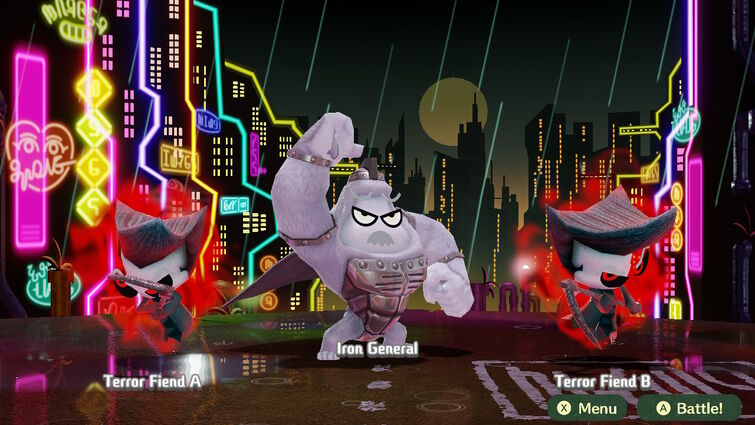 I called the funeral services.

My 3ds ran out of battery (i lied I'm just lazy to take a SS lol) so i don't have proof but I'll show later. Anyways, i thought the fight wasn't gonna be too hard because of previous bosses i defeated. Little did i know it would be a pain in the butt.

So i entered the battle AND the iron general literally just 1-shot 2 members. (I use level 30-35 miis, because i don't wanna level up my scientist. He's the only way i can get some bosses i haven't got yet.)

I literally screamed "YO WTH" and continued, i then proceeded to die.

Then i tried the second time with some powerful allies, i died. Oh also my pop Star didn't bother to revive any of us.

Third time i was lucky to defeat it with just a bit of health from my main Mii remaining. The other 3 Fricking died.