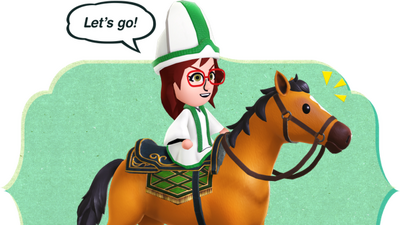 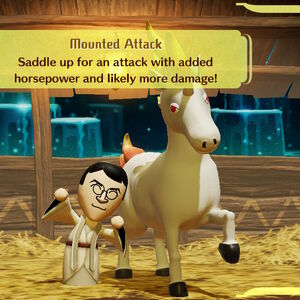 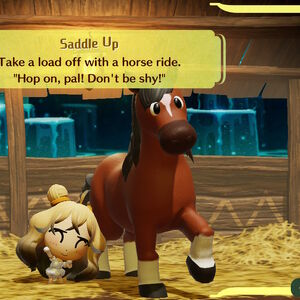 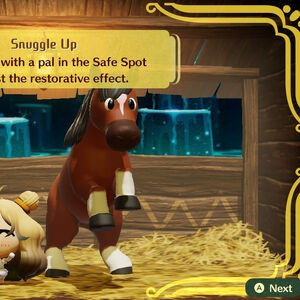 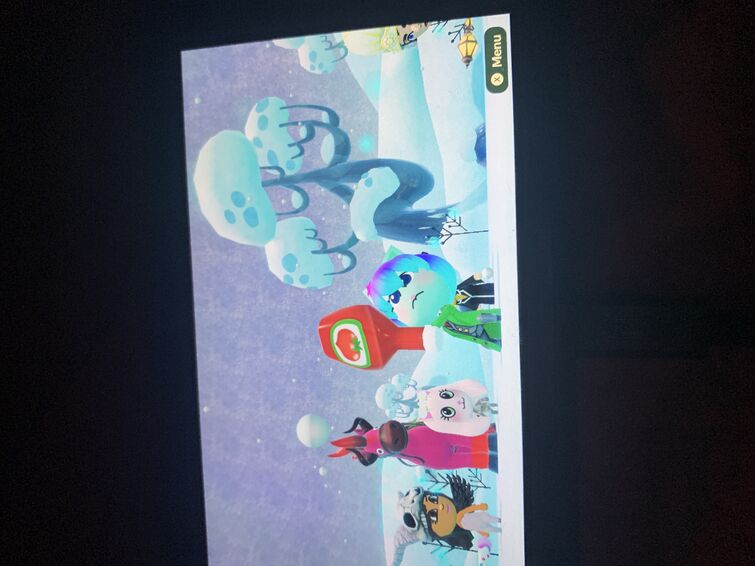 Not only does it look like a snowball is about to fall on the horse’s head, but how many Mouthy Tomatoes did it take to make THAT MUCH KETCHUP?!

All the info is copy pasted from the different wiki pages, so I own nothing other than putting everything together. Lemme know if I missed anything 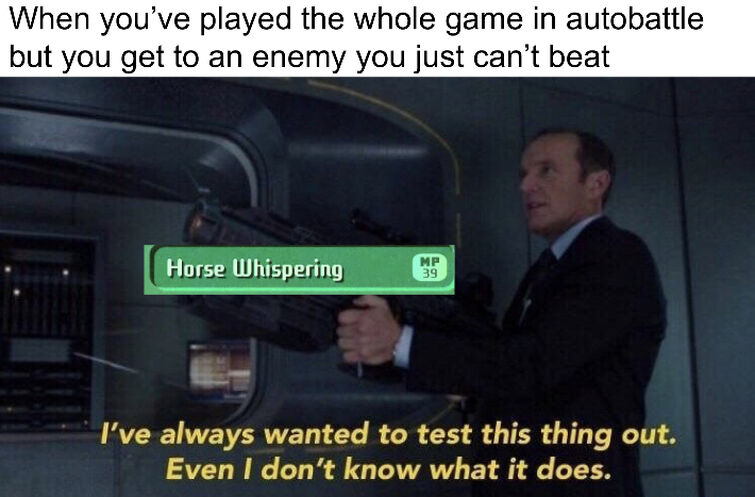 So I discovered something about the Vampire Horse Whispering event while I was scrolling on Twitter. One of my mutuals posted a clip of their vampire Mii HW and I realized that the text it says is different from when my Mii does it.

His Mii would say "Darkness falls." Then, it would say "The night consumes all." Once the move is completed, the Mii would then say "Hmph."

However, when my vamp Mii does it, it says "Come, darkness!" Then, it says "Gloom, consume!" After the event is over, it says "Ha."

At first I thought this would depend on the personality of the Mii but then I remembered that I actually switched the personality of my Mii a couple of times and the text it would say is still the same so this is probably a regional difference. 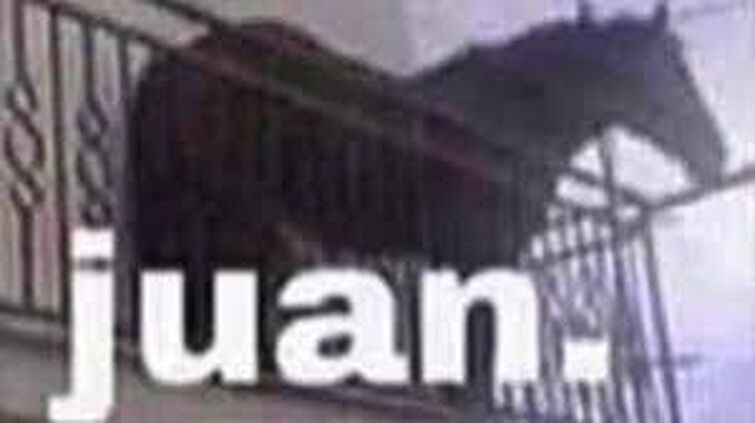 (BTW, can the horse speak?)

Yay! I decided to theme my Miitopia game around my personal Miitopia AU.

Here's my team so far:

Sirica (Kirby): Stubborn Warrior and Cat, once i get to ROTF I'm changing it to Tank. Once I can change jobs freely, I'm going Warrior again.

Panchito (Disney): Energetic Pop Star, does wonders for my team as he saved Kirby from a quarrel on the last level of Greenhorne!

Gryll (Kirby): Laid-back mage, baby girl but she got into a quarrel with Kirby that one time (Panchito helped em out tho)

Juan: Our horse. He is demon baby.

King: Daddy Dearest from FNF. I had no idea why I did this. It was fun to make him tho.

Princess: Girlfriend from FNF, not much else to say here.

Nobleboy: Boyfriend from FNF, you know why I did this.

Prince: Pico from FNF and Pico's School, idk why i did this either

Great Sage: Hyness from Kirby, i shoulda swapped roles with him and the Dark Lord.

Dark Lord: Magolor from Kirby, i shoulda swapped roles with him and the Great Sage

Genie: Tigger from Disney, I have a feeling I will regret this but then again I probably won't-

Casandra (Pico's School): The Cool Imp, why? Because yes.

Gingerbrave (Cookie Run): The Energetic Chef. He seeks revenge for almost being burned alive and eaten, plus all those other times he got hurt-

Currently I'm in Neskdor so uhh yeah see you around-

What's your favorite Horseplay attack? They're all pretty cool to me, but I'd have to say the Cleric's. I-it's so beautiful... *sheds tear*

Will be unable to be hit for one turn. Afterwards, attack an enemy for more damage than normal.

When hit by a physical attack, there is a chance to dodge and do damage back. (Auto)

Strike a gong. This makes enemies and sometimes the party unable to attack for one turn.

Throw a smoke bomb in the battlefield, letting enemy guards down.

Gets a giant katana and slices all enemies. Since it’s so big, there is a chance you can trip, and in turn, take damage.

Gets on the horse and rings a gong. The horse gains cannons able to shoot shurikens. Shoots 15 times and hits multiple targets. There is also one last big shuriken, doing damage to the middle enemy and enemies next to it.

At the beginning of the game, when the charm asks if you can hear it, or when the horse is being fought, what if you say no

Honestly I love miitopia, but the new game seems overpriced because we are just paying for the hair and horse. No new classes or anything. Darn. I’ll still buy it, but i swear for 60 dollars we should have gotten more.

Ive seen in the trailer and images that the horse is able to go to the seaside and fishing, but i tried using a ticket on the character in the stable, but they just go with the previous mii they shacked with. Am I doing something wrong?

Is there a way to obtain the horse whispering trait or is it random? Is it a relationship gauge thing?

What would the horse-whispering thing do with cats....? I guess we’ll find out when the full game comes out