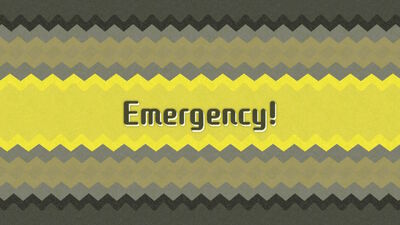 The cold is a game mechanic in Miitopia. Teammates can catch a cold starting from after the battle against the Dark Lord. If a Mii has a cold, that means they will not be able to eat, have normal inn-related events, or want anything. Meanwhile, the player-controlled Mii is exempt from the cold... 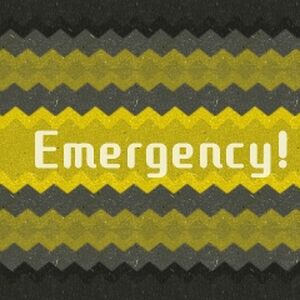 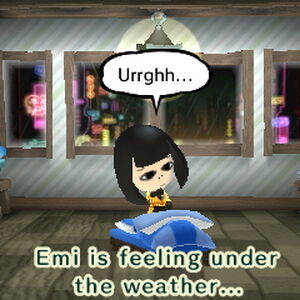 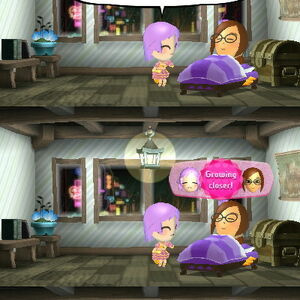 But I can’t put my finger on it 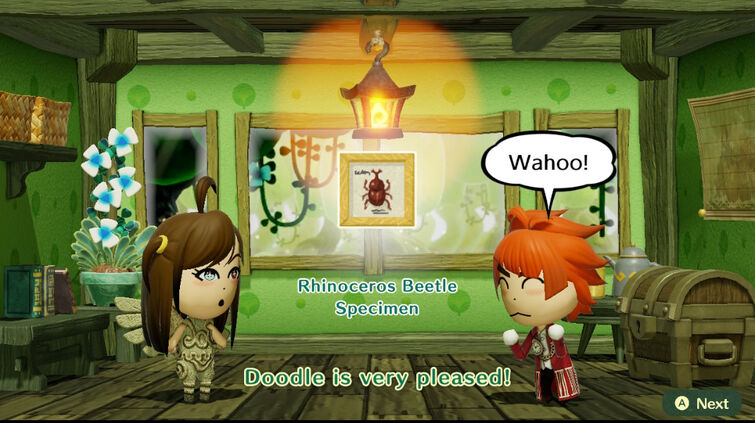 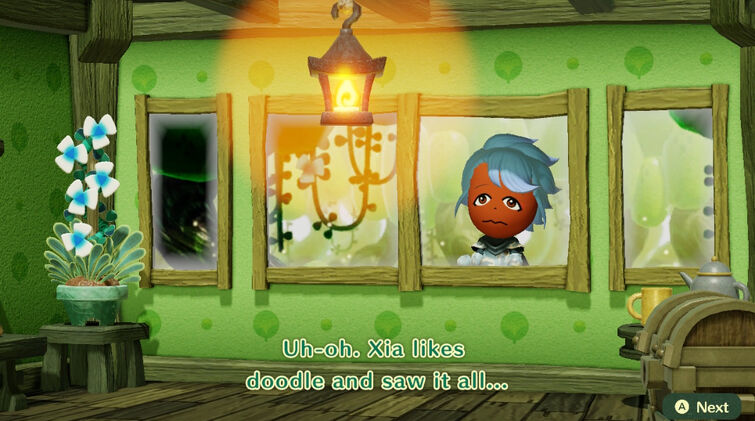 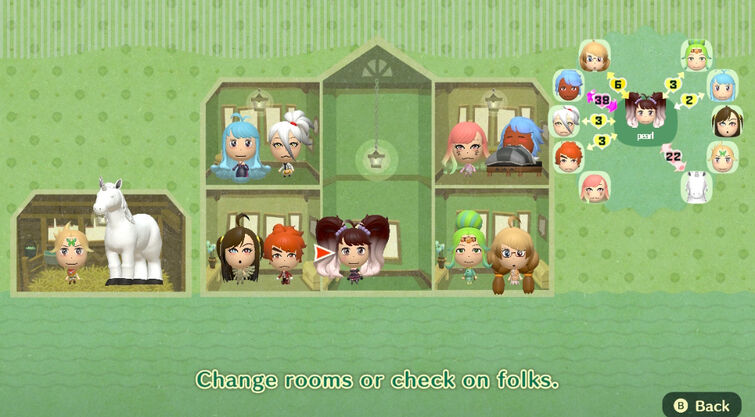 So all you have to do is get a large amount of EXP (you can see the Experience Points page for details) depending on what level your Miis are. This is where the infamous Otherworld Snurp Route comes in. If you go there and find lots of Rare/Very Rare Snurps, and manage to defeat at least a good amount of them, then it could instantly cure most of your sick Miis, as well as level you up a lot.

I don't know if you knew this already, but if you did then you're welcome.

I went on a route without monsters.

Solar and Vicky are the ones who keep getting sick. Why?

(edited by A.L NEW)
JobsCold
The continue playing screen
The hero getting sick

Having your Miis feel "under the weather" stinks. You're short a party member, and you can't gain relationship, and having a sick Mii is just generally pointless. I have a couple tips and methods on how to deal with this though!

The week started with a bang, with the most powerful opponent of the Trancension so far. A Magikarp had discovered a very strong opponent for the group to fight. Telling us it’s a robot, Dharkon volunteered to come along, though Blissey got jealous of him taking her place...

After the Keane, Vaporeon, Snorlax, Dharkon and Magikarp went through Karkaton to get there, they discovered the opponent was a Shadow Jasmine with 4,959,300 HP plus a Shadow Steelix And Shadow Magneton, each with 1,653,100 HP, the toughest foes yet. Jasmine loved HP Bananas and was happy to gobble them up halfway throughout the battle (This was because she was a "Traveler" UFO in the actual game) Without any Bananas, Vaporeon was KO’d by her but Dharkon revived and powered him up to score the KO on the boss.

Afterwards we went back home and got a surprise: Keane hit Level 51?! I thought the level cap was 50. No, it turned out he got a power boost to raise the level cap to 55, making him even more powerful. Unfortunately Dragonite got sick so we’ll rest until she gets better. Dharkon apologised to Blissey for taking her place by telling her it was a Steel Type, and she realised she wasn’t going to be doing any damage anyway.