Decided to share my tier lists of Miitopia in here. 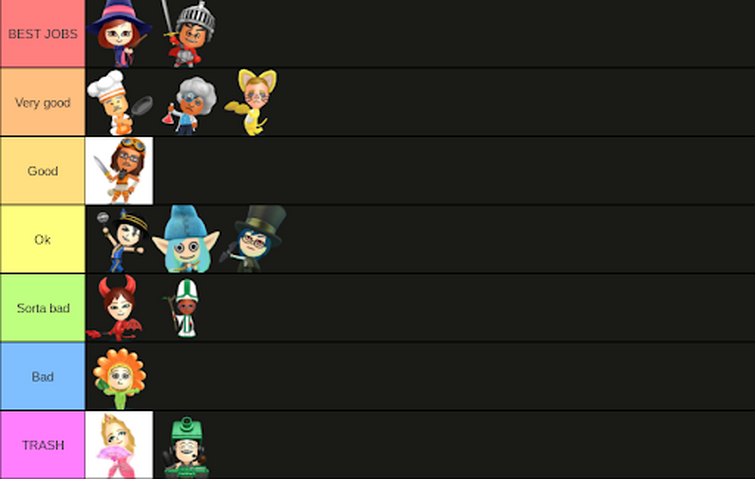 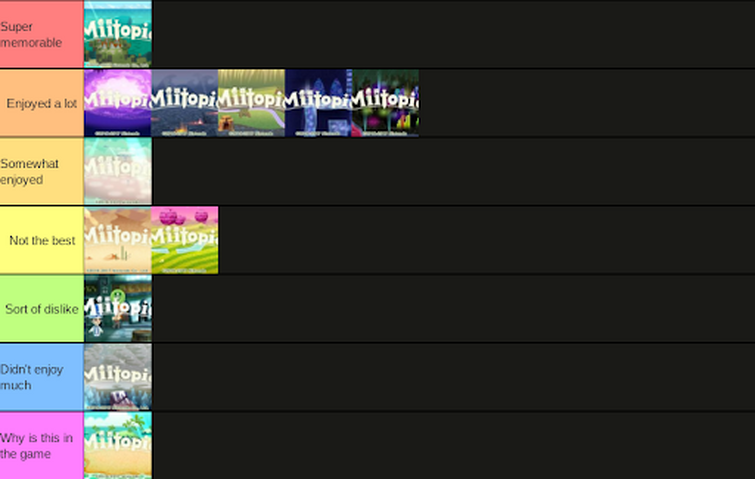 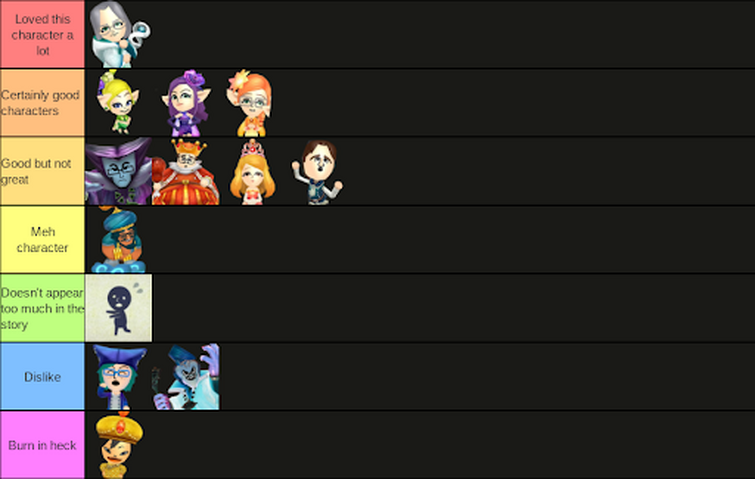 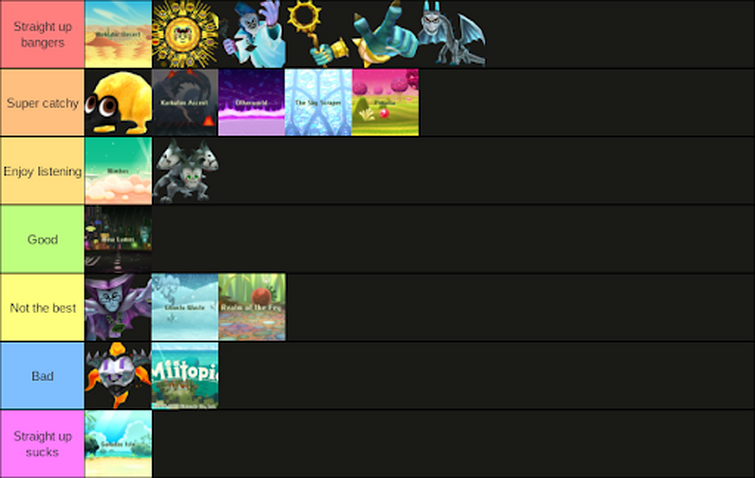 Thoughts? In what do you agree/disagree?

And though Bat Tornado is a magic skill based on its description, it targets physical defense, which is really useful

@WintiBear Most of my picks for the jobs are based on personal experience, which is why Cleric and Elf aren't where you'd put them as I haven't seen their full potential (or any at all)

The Dark Lord appears the most and has a better design than the Darker Lord, the Darker Lord is super ugly, appears very little and the personality feels a little more vague compared to the Dark Lord, and when I put ahem ahem in the "doesn't appear too much in the story" I was talking about the actual curse and the reborn form, not the curse as a Dark Lord

At least it wouldn't take up as much space as if it was seperate.

I highly disagree with you on Popstar! Not only can they end quarrels quickly, but they're able to make stronger Miis go a second time, put all Miis at a high relationship, use Earworm which is a super broken move, and they can literally revive Miis at a high level!

But like, in my experience with using Pop Star they spam Love Song everytime they get the chance, and when they use Angelic Voice the chance is extremely low and the skill easily gets overlooked by the Cleric’s 100% guaranteed “Giga Resurrection”

Galados Isle is way too hard to the point where instead of a good challenge it's frustrating, the battle theme is bad and the story is complete filler

At least New Lumos had an important charcter AKA ahem ahem in the story and Galados Isle introduced one that was just... there, and it brought nothing to the story portion of Galados Isle