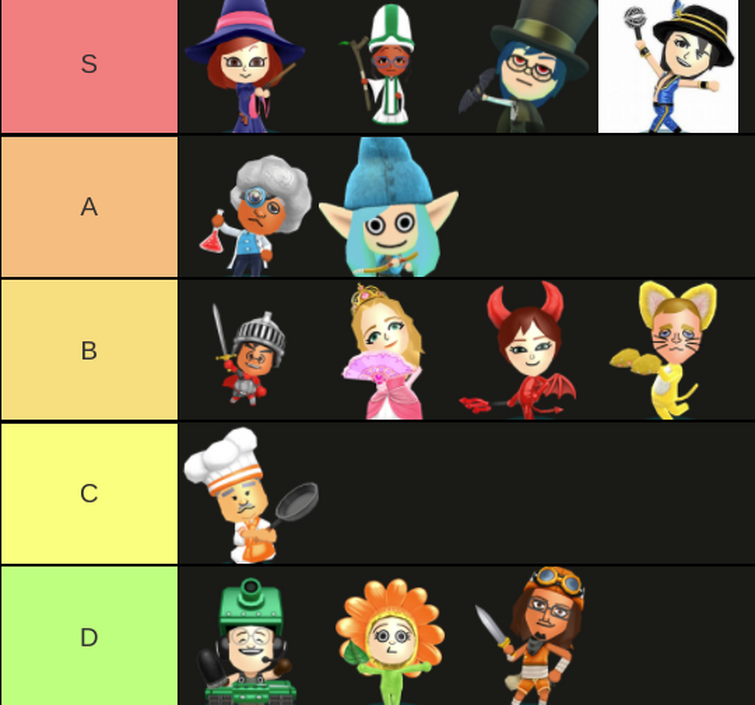 If someone wants to ask me a question about my placements, I'll answer them.

(edited by The Legendary Shadow Saiyan)
2

Cat should be s rank feline frenzy is op

@The Legendary Shadow Saiyan But can you elaborate? (just curious)

Why thief is bad.

Okay so here is my opinion. No player job is bad, but thief is pretty low. It has ok stats, but none of it really sticks out. Trap is good on the player, but that’s basically all you have. It’s strongest move rock rain is weak compared to a lot of other jobs, and whirlwind blades will do consistently more damage than phantom strike. That’s really sad. Pilfer was good, but you get so many candies and bananas in the switch version that it’s useless. Huge trap is good, but here is the issue. You are devoting an entire spot of your team to spamming trap which only works on basic attacks. A healer would make thief completely useless in every way. At least you can spam huge trap as player, the ai won’t even do that. So it’s even worse as an ai.

@The Legendary Shadow Saiyan What about sneak attack? Personally, that's saved me a few times (with AI). (because the thief didn't get killed lol)