Habitat: Depending on the species of the Pengy, they'll either make their home at Ghontu Waste of Powdered Peaks, or in New Lumos, usually in the 6th district.

Diet: Fish, Peach Jellies, Bloons, Sandwiches, and Carrots off a Snowman which is why you just about never see a Snowman with a Nose. 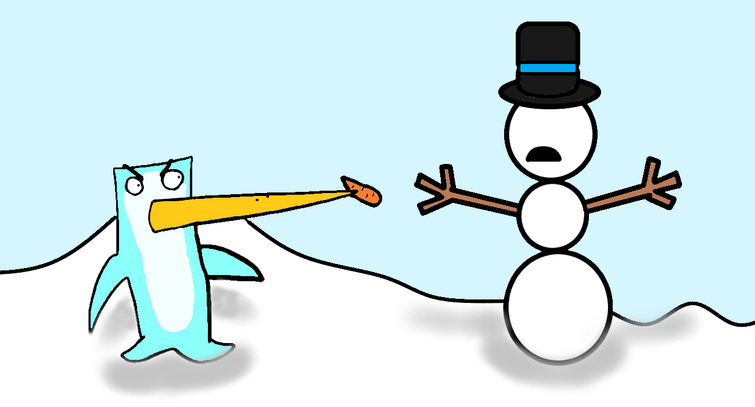 You'd be extremely lucky if you ever spot a Snowman that still has a Carrot for a Nose.

Pengies often hide their food under their wings as storage, mostly with large Red Snappers that get attracted to the lights of New Lumos.

Social Habits: Pengies typically appear in large groups and keep a very long distance from predators. Female Pengies will do a little wobble dance and even some times fight other females with their wings and powerful beaks to attract Males. Pengies in New Lumos are also sometimes accompanied by Black Harpies, which Pengies will often gladly share their food with the Harpies. In return, the Harpies protect the Pengies by blowing away any thing that's viewed as being very dangerous. 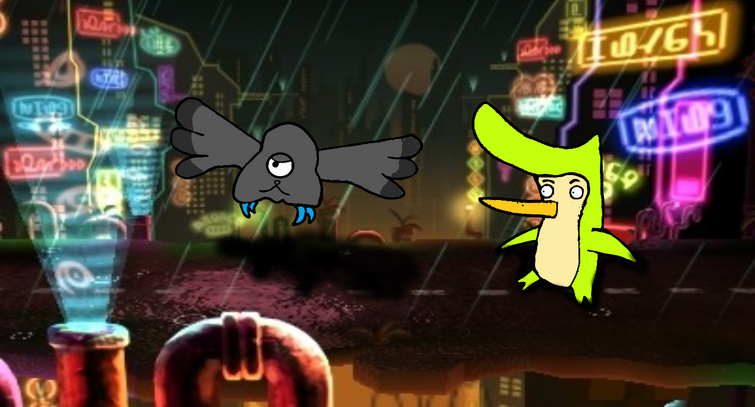 Nice work! I see this might become a bit of a trend soon…

We need ecology for frogs and tadpoles