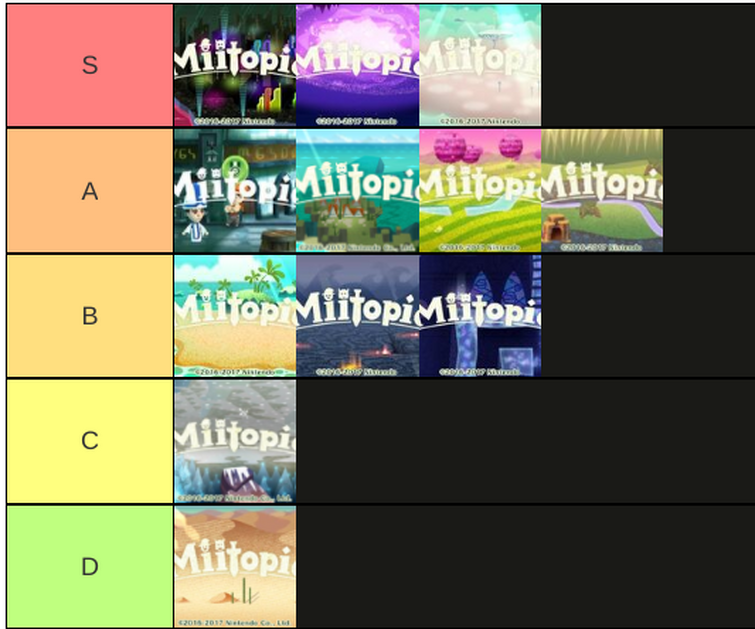 I don't get what this is rating, I agree kinda if it's based on difficulty. If your talking about design, enemies, music, or just the area itself. I disagree entirely.

(edited by The Legendary Shadow Saiyan)
2

I mean, New Lumos is in the S tier, so guess I can't be too mad.

Are you ranking the worlds based off of stuff to do or just the way it looks?

I would put powdered peaks in the d tier (mainly because it’s the smallest world with only two areas), peculia and nimbus and otherworld in the c tier, galados isle and karkaton in the b tier, realm of the fey in a tier, and greenhorne, the sky scraper and new lumos in s tier (but that’s just my opinion). i also wouldn’t consider traveler’s hub a world, mainly because you don’t do any fighting there.

Just so yall know, i put powdered peaks in c bc i like the music, but yes it is really short.