There are posts everywhere with the best jobs to use for Tower of Despair, but now I want to hear everything about the jobs you'd never, even remotely, think about bringing them in. Thinking about doing a run with them for fun and, very probably, pain. Obviously I'll bring them with maxed out equipment and good grub stats because I don't hate myself that much

Nah Princess is pretty good, even in Despair. It has a chance of distracting all enemies with Eau de Colgone, can restore MP, can get dragged out of the way of enemy attacks, and the Royal Wave skills are pretty good too. Even Regal Dance can be useful in the Red Fiend battle, as the Red Fiend is classed as a normal enemy rather than a boss, meaning if can be made to dance. Also I've beaten the Tower with a Chef, and even a Flower and Tank before. I did a one hour YouTube video about that. Though I'm now curious to see how all four of those jobs you listed together fare in Despair (hey, that rhymed!).

Ok I understand flower, but why isn’t thief mentioned? It is the worst job in the game. And princess is a good damage dealer with some good abilities. And tank isn’t bad, I’m not going to explain this all over again. And chef is good, what are you talking about?

I've never hated Chef, After all, I made my “former imaginary best friend” one originally, so I have a soft spot. TBH the only job I really dislike is Flower, but that's my opinion. You do you. 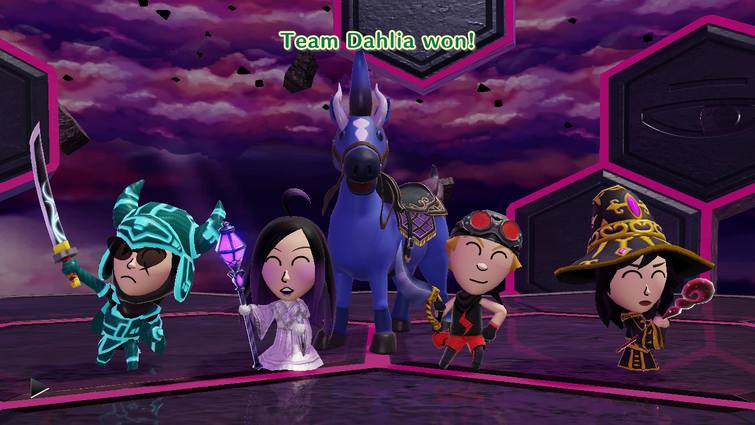 I've already done a Tower of Despair run with a Thief (pics or it didn't happen), so I already know a little about said class performs in, and while the Thief will absolutely be annoying to fight with (hungry snack eater, and will eat before the Cleric will be able to heal), they do also have pros.

Sneak Attack is a good way not to get targeted by the Light Sage/Juvenile Snurps, while also dealing damage (and before anyone mentions the multiplier it has, remember it's an attack that can be assisted by Pincer).

Pilfer is literally free snacks to make it up for the appetite, and free snacks for the whole party as well if everyone knows Charity/Share.

Whirlwind Blades/Phantom Strike/Rock Rain are very powerful attacks if there's only one enemy standing to take the hit (my Thief dealed around 70 (x 5) damage to Boss Snurp with Rock Rain, which is in total around 350HP, in comparison my Warrior dealed around 385HP to the same boss with Darkeye Slash/Super Spin Slash. For not being an offense class, I'd say that's not that bad), but once there are more enemies, yeah, those attacks lose their charm. Backflip is useful though, maybe too useful.

And, personally, I found Huge Trap to be useful as well at the Boss Snurp battle. Thief got grilled to death at the Light Sage & Light Lord battle though.

EDIT: I learned how to space paragraphs, wooohooo

First of all, even if there is only 1 enemy. The multipliers are awful so it’s still not going to do a lot of damage. Also, the activation chances for thief’s moves are awful. Also, the snacks are only useful if they know share and stuff like that. I guess it’s kind of useful. But a healer like cleric would be a million times better. Maybe it’s more useful than flower though. I think I’ve been harsh of thief. But I think every job besides flower is far more useful than thief

So far it's crystal clear that the Flower, the Tank, and the Chef are classes no one would want to bring to the Tower (me neither LOL). Now it's just a tie between Thief and Princess, but I think Princess has got some useful support skills, while Thief just... does their own thing I guess

Wow wow. Princess, chef, and tank are all useful jobs that would be useful for the towers. Escort is just better backflip. And it has good damage. Chef is a good healer, albeit cleric is better. And tank has really good damage, but a cat or warrior or vampire would be better for aoe damage.

@The Legendary Shadow Saiyan you do make some good points but

Just because there are better jobs, doesn’t mean that tank for example shouldn’t be used. Or would be bad for the tower, that was the point of the forum.