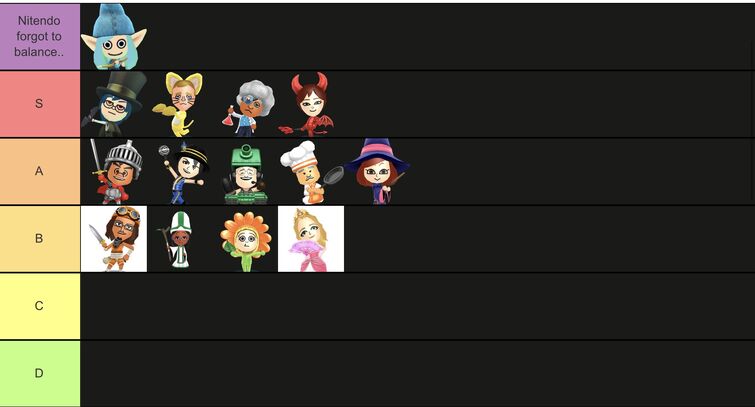 Elf: it literally can someone everyone some barrier for much less mp than mage including the fact mage can only do it for itself. The damage and healing is good and it has some support moves and counter arrow can be a life saver at times. I tend not to use this because it’s way too op, unless I just wanna give it to the ai if I really need to

Vampire: incredibly high magic, a magic damage move that targets defense, can make teammates revive at any time, and can revive itself plus majorly good damage. Didn’t think I had to explain this though. 2nd fav.

Cat: can do 999s and above with horse whispering, can give some mp to the party, can heal itself and cure certain status effects and it doesn’t need horse whispering to do beyond 999, with double paw and sharpen claws twice, and with a stubborn cat doing the move again, youll be doing beyond 1.9k although the ai sucks.

Scientist: People might be asking me this “Why is scientist above mage? I disagree with this tier list because of one misplacement in my opinion, boooo!1!1!1!!1” scientist is better is because it has such a better aoe move with higher base damage, the best part is that it cost much less than mages best aoe move. Scientist may have lower mp but it makes up for that by having every other stat than mp and magic higher than mage and makes up for that by having better base powers, it also gets self healing and healing for the party that actually does boost relationships, it can make it that party members can’t get status, the ai is incredibly smart ( the reason why I say this is because if something is about to die, they use a move that cost less mp so it’s saved for later fights. Mage doesn’t really do this so yeah), it has better autos, and absorb can let a teammate get life steal on an attack. Personally my fav class of all time before getting vampire and is a natural duo with cat since ignite can help a lot with basic attacks for cats.

Imp: 3rd fav class, it gives major buffs, makes attacks stronger and makes a lot of classes able to pull off 999s, even tank. it’s kinda essential for boss fights imo but no worries. It’s hard to kill this brick wall as it’s defensive in magically and physically. It can give itself hp and mp. Really good and I recommend it a lot.

Warrior: Literally a beginners best friend. High attack and defense, good aoe, can revive and remove status effects. High hp. Can tank hits for teammates. Heavy damage to a big amount of the monsters in the game. But weak when attacked by magic damage. Solid class all around so u can’t go wrong with this really.

Popstar: a very fun class when player controlled. Encore a teammate so they’re status can be removed or just to give back mp and hp. can do some decent damage with out of tune but the out of tune attacks hurt ur teammates. It’s a bad pair with vampire. Recommended if u wanna play something fun.

Tank: I like this class a lot and idk why it gets so heavily shamed by just 2 moves. Sure the basic attack cost mp and they can’t attack if they’re weapon is stolen, but u guys need to know ur matchups, tank is usually good against glass cannons or something heavy like desert rocks that are high in defense but low in magic. It’s not good against things that make it that they have to use basic attacks or use a move that can cause resentment like the angry status can do that. Hyper is an exception. If u wanna use tank, u gotta know ur matchups first.

Chef: I like this class because of what it can do. It has high defense, can do some heavy damage if it has laidback and it uses get serious and does flambe and with spicy cooking but only use that if u really need to. The healing is good. Is one of the best healers endgame since it doesn’t cost much mp to do good damage, it can tank some physical damage specifically, and the healing is decent. Although it has no reviving moves so recommended if u have a vampire with enthrall or just use it early game.

Mage: high damage, barriers are excellent, but the hp is low. It’s got high damage and is great in its magic defense, but crippled in physical defense. The base power on some moves suck, but the dps gets higher further on but overall it’s outclassed by scientist and vampire. The only advantage this class has is the barriers and it’s high magic stat.

Thief: it’s good, I like it, the damage isn’t the best, it’s got high speed, but is majorly carried by imps buffs. I like the aoe it has and the traps can be useful sometimes. Pilfer is always useful when u need mp and hp bananas, the defense is solid and the magic defense sucks, depending on how u use this class, it’s a hit or miss. Speaking of missing, ur literally ultra instinct when u give it cool personality and when it unlocks backflip. Extra points for that. But the ai sucks.

Cleric: An amazing healer but is weak defensively, it’s patched up with stubborn personality’s “prepare”. It has great group healing, and healing overall, it has a res move that always works, I admit I like this more than chef, the only reason its in the b tier is u either choose laidback or stubborn for this class, because u either choose to attack doing less damage but making up for it by blocking. Or u choose to have more attack but you don’t get blocking so it’s a tough choice when it comes to this class.

Flower: an ok healer, somewhat supporter, and damager, it just has low magic and it’s healing is based on magic as I’m pretty sure.

It could’ve been a lot better but I’ll deal with it. Flower is terrible on ai, cuz it spams flower power, but other than that it’s solid. Like I said, couldve been better.

Princess: it’s incredibly low defense is hard to put up with since a good chunk of the damagers in rof are physical attackers. I admit it’s good class, I won’t use this very often because I just use other support roles, but it’s a very solid class with good magical damage, good support, just very weak defense.

Thats my tier list. Tell me what you would’ve changed and what you like or dislike about this.

Elf isn't super OP imo. The healing is not incredible, and with AI, at least for me, is more likely to restore MP than set a barrier.

Tank is good against anything. I didn't know matchups existed, and I still dominate with it. It is almost unkillable with high defense. I do know about resentment, people don't use wild shot to often, ultra laser and hot shot exist.

I agree with the thief almost completely, the AI spams pilfer.

Cautious miis have prepare, not stubborn ones

@MrBobMan333 the elf can literally solo the dark sun.. that’s not op? Also tank isn’t very good against magic attackers, so things with high defense will be shredded because sometimes it feels like tank ignores the enemies defense. And tanks magic is low so that’s why it’s bad against magic attackers, which a lot of the strong enemies in this game do use magic like fiend. Also I meant the move that stubborn has where they block. I didn’t remember the name, sorry bout that.

2: My tanks favorite is Snurp Radish, so I got a few magic boosts. I get why that's not normal.

https://youtu.be/YrNYJlh45eg Is the video of this very skilled person soloing the dark sun.

Also what were you talking about in 2? 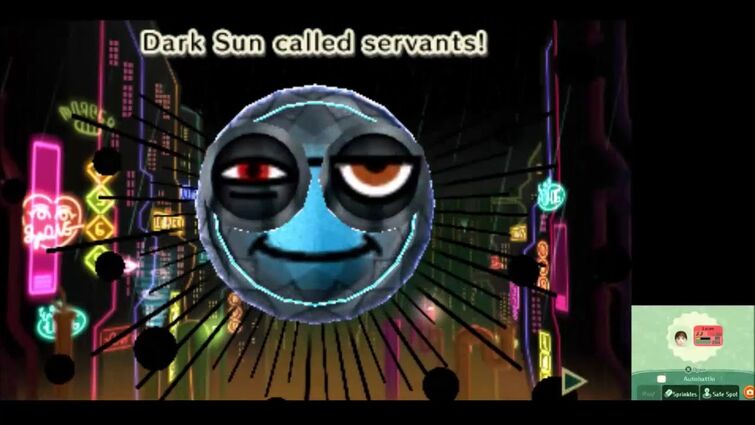 Unbelievable, I'm starting to rethink me opinion. But I still think in normal playthroughs the elf is just above average.

I like this tier list! Tank gets trashed on too much imo. It isn't the best class in the game but the speed stat only controls turn order which doesn't matter TOO much, the high defense is really good! The tank does good damage with it's attacks, has high survivability due to incredible defense and being able to heal using the repair move, and is overall a way better class than people say. (Also resentment can be taken care of with a pop star, outing tickets, or sleeping with friends. And resentment isn't half bad imo because teammates interrupting gives extra turns, and the recoil on the fights is pretty pathetic.) And I do enjoy the love for ma boi the mage. I think you summed it up PERFECTLY. It has great damage, and can combat (not completely ignore mind you) the low survivability with the barrier spell ! But the class only has 2 spells that aren't just about straight damage, only 1 of them being particularly useful. (Im looking at you "sleep spell") Which can limit the potential of the class besides pure damage. And there is still the survivability problem. Though I still love them, the mage main I am. Though about the elf, I think it is a great class! I think the elf was mean to fulfill the "jack of all trades " role. Being able to support with healing melody, defend with counter arrow, distract enemies with dancing arrow, give teammates a barrier! Which is just awesome! And also being able to output great damage! Actually the more I talk about why the elf shouldn't be in "nintendo forgot to balance" tier the more I feel they should... Ok nvm this tier list is perfect! The solo is quite impressive though so maybe I am wrong here. Overall great tier list! Also I am realizing that everything I post and everytime I comment I always end up writing these huge blocks of text.

All of them are good in their own way, and I have to agree with elf not being balanced, but to be fair it's a post-game job, so... then again it's broken so yeah

From every tier list I’ve picked up from, princess and flower are the most trashed on

(edited by Nice its me)