I don't wanna brag but i legit just beat the tower of despair first ever attempt without much prior knowledge, like i did with tower of dread. 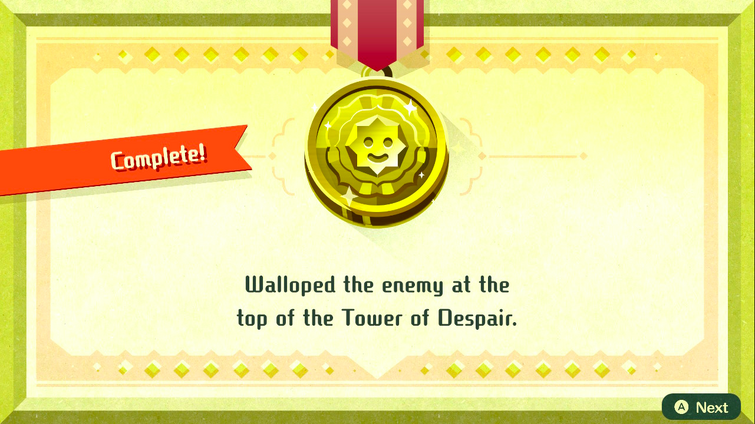 Congratulations! I am clear in his first attempt it.

Great work! I have to admit, I'm a little nervous to attempt it lol.

Wow, big flex. Congratulations! It took me 5 tries.. haha *cries in difficulty getting past the Red Fiend*

Congrats Sir/Ma'am/Non-binary pal! Sounds like you must have done a lot of grinding XD

Well, I somehow managed to do tower of despair with like no grinding, so it's possible they didn't either

I wouldn't be too nervous to attempt it, if you can do the tower of dread you can probably do the tower of despair, and I didn't do much grinding I only grinded everyone to Lv.50 and all legendary gear and then went for it lol

I’m trying to grind my Warrior, Thief, Mage, and Pop Star (they all had those jobs since the start) to level 50 and get my food buffs to 50+ before facing the funny Sun tower. Congrats on the funny Snurp tower though